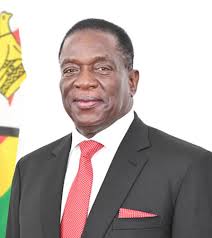 CAPTION:
Zimbabwe President, Emmerson Mnangagwa
By Favour Nnabugwu
Zimbabwe, one of the countries vulnerable to climate change, the country is ranked second in the 2021 Global Climate Risk Index (link is external) and the latest evidence indicates that the country will continue to warm through 2080.
Harare, Zimbabwe’s capital and its most populous city, with a population of 2.4 million people, has not been spared the effects of climate change. Its natural water supply, Lake Chivero, which is fed by the Manyame river, has registered a general decline in the available stored water and increased variability of inflows due to changing rainfall patterns.
Environmental degradation in the catchment area of Chivero and Manyame  has increased surface runoff, soil erosion and siltation, resulting in volume reductions of 6 percent and 10 percent, respectively of the original design capacity. In addition, increased pollution in the catchment spurred greater need for water treatment chemicals to make it safe for human consumption.
The impacts of climate change are further compounding complex and multidimensional challenges to secure water service delivery to Harare. The city has been facing a profound challenge to keep services in line with rapid population growth and to fund the maintenance of an outdated and dilapidated network that is inadequate to current and future demands.
Water scarcity leaves residents reliant on unsafe water sources, and compels them to queue for hours to fetch freshwater from safer sources. Water rationing is still a reality for many, who go for days or weeks without potable water due to climate change-related water scarcity.
Fault Shumba, his wife, Marvelous, and their children, aged 3 and 5, who live in Mabvuku, a suburb east of Harare, know this daily struggle. Accessing clean and reliable water became an impossible task after the municipal water supply to their house ran dry three years ago.
Marvelous says: ‘’Water has always been a challenge in my neighborhood. For drinking water, my family and surrounding community members relied on a few boreholes that were always congested due to high demand. Desperation also caused my family to fetch water, a task often left to children, at unsafe sources like shallow wells, which sometimes dried up.”
She added that she woke up as early as 2 am to queue at the borehole. “A borehole near my home was particularly congested because it served many people and the shopping centre, clinic and people from neighboring wards. The bush pump could no longer meet the high demand.
Disorder, fights and bullying characterized the situation around the manual borehole,” Marvelous said. In response, community health clubs are being set up to enhance the social cohesion in the suburbs and prevent conflicts around the piped water system.
The Harare Water Department supplies an estimated 4.5 million people in Harare Metropolitan province, Chitungwiza and other satellite towns nearby.
The estimated demand is 800 megalitres/day against current production of 500 megalitres/day and a design capacity of 704 megalitres/day at the two water treatment plants (Morton Jaffray and Prince Edward).
Further, power cuts have reduced the effectiveness of water treatment systems. Communities have too often resorted to using unsafe water sources, which exposes them to water-borne diseases.
In response, the Government of Zimbabwe and UNICEF, with financial support from the African Development Bank, partnered to improve access to climate resilient water services. Harare has faced cholera and typhoid outbreaks in the past but the COVID-19 pandemic sharpened the need for access to basic services, including water, especially for vulnerable households.
The introduction of a locally-based solarized piped water scheme in Mabvuku, has provided a pumped supply of safe water close to the community. “We appreciate the solar-powered piped water scheme that was installed as alternative water supply systems to combat COVID-19 and other WASH-related diseases in our suburb, Mabvuku”, says Fault
The Shumba are among the 850,000 people that have benefited from the introduction of solarized piped water schemes in Harare Province.
Fault and Marvelous fetching water at one of the collection points in Mabvuku, Harare.
In recognition of the growing impact  of climate change on the vulnerable, the African Development Bank has partnered with UNICEF, the Zimbabwean government, and civil society organizations including Oxfam, Welthungerhilfe, GOAL, Africa Ahead and the Zimbabwe Red Cross Society) to mount a response to COVID-19.
The African Development Bank, through its Transition Support Facility (TSF), has supported the funding and implementation of renewable sources of energy to power alternative water sources for vulnerable communities, reducing the need for children to fetch water and the risk of such diseases as diarrhea.
As a result of the initiative, 61 solar-powered piped water schemes have been established, 164 boreholes rehabilitated, and 15 new water points constructed, reaching over 854,975 people. The communities also benefited from 10,000 WASH hygiene kits, including to people living with a disability or with HIV/AIDS. In total, over 1.8 million people were reached with health and hygiene messages, among other project activities. 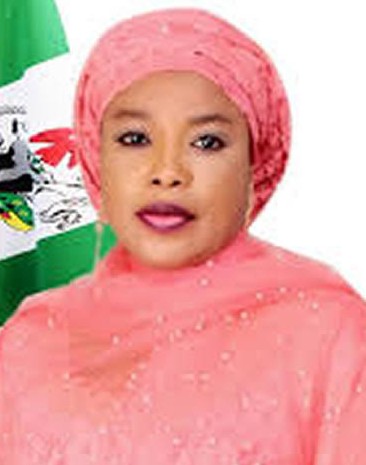 FCT Minister of State, Ramatu Tijjani Aliyu to get award in Germany tomorrow

The  Minister of State for the Federal Capital Territory (FCT),  Dr Ramatu Tijjani Aliyu, will be honoured in Berlin, Germany tomorrow

The Award/Gala Night, at which the 52-year-old minister will be bestowed with an award for excellence in public service, will take place at the prestigious Sana Hotel in central Berlin. Located about 700m from the highbrow department store KaDeWe.

The event, organised jointly by the African-German Association (AGA) e.V. and ABG Paulas Germany GmbH, is to recognise the minister for being a shining example of successful women in government in Africa.

“This is based on her distinguished leadership style and the innovations she has introduced in the FCT,” AGA and ABG Paulas said in a joint press statement explaining their decision to choose the minister for the award. 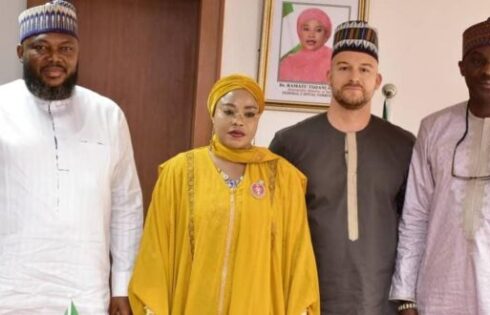 L- Ambrose Okojie (right), Minister of State for the Federal Capital Territory (FCT) of Nigeria, Dr Ramatu Tijjani Aliyu (2nd from left), and officials of ABG Paulus when a delegation went to Abuja to inform the minister of the decision to honour her/Photo: ABG Paulus

Mrs Aliyu will be accompanied on her visit to Berlin by a delegation that includes senior officials of the FCT and the chairpersons of its six Area Councils.

The event, organised jointly by the African-German Association (AGA) e.V. and ABG Paulas Germany GmbH, is to recognise the minister for being a shining example of successful women in government in Africa.

“This is based on her distinguished leadership style and the innovations she has introduced in the FCT,” AGA and ABG Paulas said in a joint press statement explaining their decision to choose the minister for the award.

Mrs Aliyu will be accompanied on her visit to Berlin by a delegation that includes senior officials of the FCT and the chairpersons of its six Area Councils.

The Award/Gala Night is a partnership between AGA, a social, economic and cultural development organisation, and ABG Paulas, a business promotion company, to showcase positive stories out of Africa.

The CEO of ABG Paulas, Ambrose Okojie stated the negative stories about Africa can only be counteracted by showing positive things going on in the continent.

“Despite the often-repeated problems in Africa, people are working tirelessly to change the story of the continent,” Okojie said. “And we have to showcase such persons as emblems of hope for Africa.”

Okojie, whose company has been organising trade missions between Nigeria and Germany for more than twenty years, said the investment opportunities in Africa are many and the award scheme is one of the ways ABG Paulus and AGA want to promote the continent as a place to do business and invest.

The Chairman of AGA, Michael Iyare revealed his organisation is co-staging the event because “it’s important to honour Africans who have shown remarkable leadership qualities in their areas of service”.

The ceremony will be graced by the Ambassador of Nigeria to Germany, HE Yusuf Maitama Tuggar, members of the diplomatic corps in Berlin and directors of German companies doing business in Africa.

Others expected event at the event include the African businessmen and women, leaders of major German-African organisations and members of the African community.

“Our main appeal to those interested in this event is that they should be punctual as we will commence promptly at 6pm because of the many dignitaries who will grace the occasion,” Okojie said. “If you would like to join us, please be there on time!”