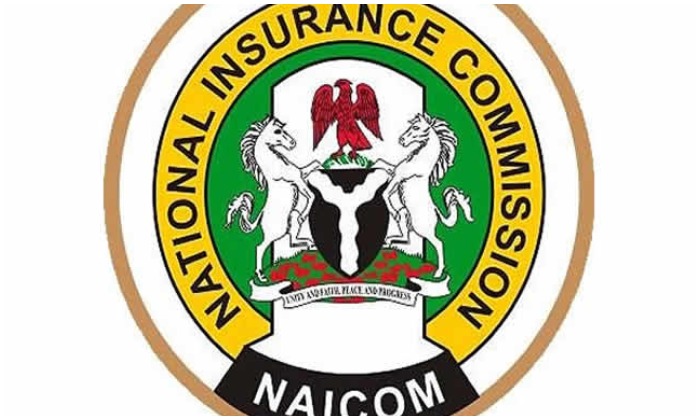 By Favour Nnabugwu
Divided by no less than 32 000 km of terrestrial borders, intending insurance companies with the West African borders are required to submit requisite documents to the insurance regulatory body.
Prospective investor in Nigeria for instance must obtain an Approval-in-Principle and final approval before commencing insurance business in Nigeria from the National Insurance Commission, Naicom.
Director, Inspectorate of the National Insurance Commission, Naicom, Mr Pius Agboola who spoke on trans border operations of companies with West Africa said it is quite impossible for a company to come into Nigeria and every other country to operate without meeting the requirement of the host country.
Despite the fact that Naicom operates business-friendly regulatory environment, prospective company coming into Nigeria must respect the law regulating insurance industry.
The country’s insurance sector undoubtedly entice established foreign insurance companies to focus on doing insurance business in Nigeria but should obey the laws guiding the business.
Nevertheless, countries must respect each other insurance laws such as the capital requirement before they operate in one another’s country.
However, Agboola said that proper supervision of cross-border insurance is required to ensure a maintenance of organization in the mode of doing insurance business in Nigeria.
The Director who is also the chairman of  College of Insurance Supervisors for the West African Monetary Zone (CISWAMZ) while responding to question on how CIMA countries operate, noted that it is not possible for a company to come another border without first obeying the laws for which they want to operate in
The insurance supervisors of Nigeria, Ghana, Liberia, Sierra Leone, and The Gambia have established West African Insurance Supervisors Association (WAISA) to formalise cross-border supervision in the sub-region.
He said the Association had been able to make uniform due diligence  and some other initiatives but not the capital requirement of establishing a company.
Agboola said the College of Insurance Supervisors of West Africa, said the College was established to complement and implement the ideas, projects and directives of the parent body, the West African Insurance Supervisors Association (WAISA).
CIMA is the Central insurance supervisory authority in Sub-Saharan French speaking African countries. which Benin, Burkina Faso, Congo-Brazzaville, Mali, Niger, Senegal, Togo, Equatorial Guinea and the Comoros Islands.
The NAICOM-required paid-up capital for insurance companies in Nigeria is (i) general insurance business – ₦3 Billion; (ii) life insurance – ₦2 Billion; and (iii) ₦10 Billion for reinsurance business
However, the Insurance Act indirectly regulates cross-border insurance business carried on in Nigeria. The relevant sections of the Insurance Act specifically provides that “no person shall transact an insurance or reinsurance business with a foreign insurer-reinsurer in respect of any life, asset, interest or other properties in Nigerian businesses classified as domestic insurance unless a company registered under the Insurance Act”
The foreign investors, having noted these great opportunities, are attracted by the huge potential in the Nigerian insurance space.
The investors are ready to position themselves for the future, hence the likes of AXA, Prudential, Liberty, Swiss Re, SUNU Group, Saham, have taken positions in the industry and in partnership with indigenous companies for development and growth.”
On the new capital that Naicom desired for the industry but yet actualised, for life and general insurance companies, they were directed to increase from N2 billion and N3 billion to N8 billion and N10 billion, respectively, while composite insurance companies and reinsurance companies were directed to increase theirs from N5 billion and N10 billion to N18 billion and N20 billion, respectively.
In the past investors into Nigeria shore included NSIA Participations S.A Holdings,which acquired 96.15 per cent in ADIC Insurance, a former subsidiary of Diamond Bank Plc; Mutual & Federal Insurance Company, South Africa, which acquired 70 per cent of Oceanic Insurance Company Limited, formerly owned by Oceanic Bank Plc; Old Mutual Nigeria Services Company (Old Mutual Nigeria)also acquired 70 per cent of Oceanic Life Assurance Limited, a subsidiary of Oceanic Bank.
Others are UBA Capital Holding Limited/MMI Holdings, which had 50/50 per cent of UBA Metropolitan Life, formerly owned by United Bank for Africa Plc; FBN Holdings/Samlam Group SA, had 65/35 ownership of FBN Life, formerly owned by First Bank of Nigeria; Assur Africa Holding acquired 67.68 per cent of Mansard Insurance, formerly owned by GTBank; while New India Assurance Company had 51 per cent stake in Prestige Assurance Plc.
AXA SA acquired majority stake in Mansard Insurance in 2014 and changed the firm’s name to AXA Mansard Insurance; Metropolitan International Holdings (Proprietary) Limited acquired 100 per cent of UBA Metropolitan Life and changed it to United Metropolitan Nigeria Life Insurance Limited; Old Mutual completed the firm’s acquisition from Ecobank Group (after the bank acquired Oceanic Bank) and changed its name to Old Mutual Nigeria. 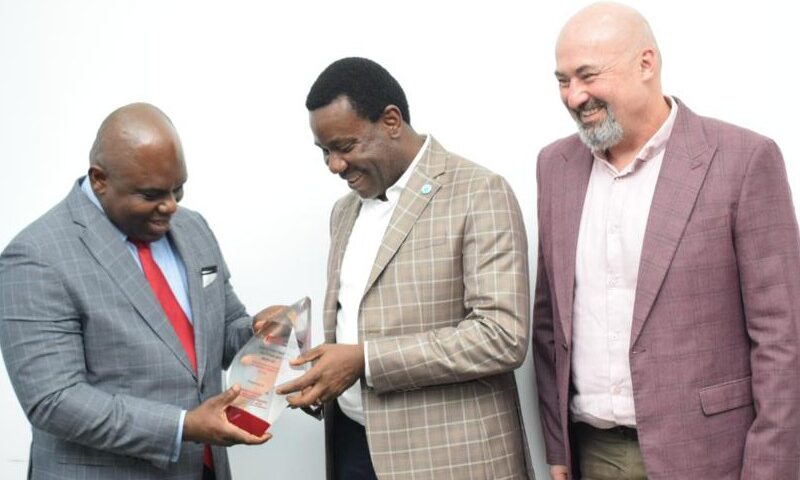 The announcement was made at a high-profile ceremony held recently inLagos.Awarded annually and backed by the highly rated Business Day’s Research and Intelligence Unit, the BAFI Awards seeks to identify and celebrate financial institutions snd their leadership that have excelled across a number of areas.

During the award presentation at Sanlam Life’s Head Office in Marina, Lagos, the Managing Director/Chief Executive Officer, Business Day Media, Dr Ogho Okiti,congratulated the management of the Life Insurer on the win while also acknowledging the massive impact Sanlam has made on the continent and in the country.

While accepting the award on behalf of the company, the Managing Director/Chief Executive Officer, Sanlam Life Insurance, Mr Tunde Mimiko, thanked the organizers forthe recognition. “At Sanlam Nigeria, we remain committed to providing exceptional service and adding value to our customers. Our mandate is to continue to deliver efficient and customer friendly insurance services that help our teeming policyholders live with confidence,” he said.

Speaking further, Mimiko said “we are delighted to be honoured with this award, it further confirms our growing leadership status in the industry. We are not slowing down now, indeed, we will take this as another impetus to continuously add superior value and ensure the very best of our policyholders

.”Sanlam is a pan-African brand with a rich history and heritage. Founded in 1918 as a life insurance company, Sanlam has grown to become the largest non-banking financial services group in Africa.

With a strong presence in 33 countries on the African continent, and a niche presence in India, Malaysia, the United Kingdom and Australia, Sanlam is in 8 out of the 10 largest economies in Africa, with a market capitalization of over $8bn, operating profit of $1b before tax and over 154,000 employees globally,delivering superior value to customers, shareholders and the broader society.

Two States have embraced insurance as part of the state budget for 2023 even as one other state enforced third party insurance in major routes of the state following National Insurance Commission, Naicom market development visits to states

Deputy Director, Communication and Market Development, Mr AbdulRasaaq Salami made the disclosure at the recent seminar the Commission organised for insurance Correspondents in Lagos.

“Katsina and Kano have included insurance in their 2923 state budget. Edo State has began the third insurance in major routes of the state since November 1, 2022”

So, we want to spread insurance education all over the country. We visited Katsina twice. On our first visit, the Governor was sincere that he was hearing insurance takaful for the very first time.

On our second visit, we had a fuller engagement involving the grand khadi, emirs and all the rest of the influencers and we taught the gathering about takaful. They researched about it and showed them where the takaful was talked about in Quran.

According to him, “Insurance education remains a very critical issue, especially now that a lot of states, especially in the north, were outside the insurance net”

“We will visit all the states of the country because the insurance business is an integral part of the economy,” he noted.

During Naicom’s visit to Katsina, the Governor of Katsina State Aminu Bello Masari and his Deputy Mannir Yakubu inaugurated Technical Committee on the Sensitisation/Implementation of Compulsory Insurances and Takaful in the state.

The Governor, Aminu Masari while inaugurating the Technical Committee noted that the initiative to introduce Takaful insurance is a welcome development and will serve as an alternative especially to attract people of the state who are left out due to religious or cultural barriers.

He assured the insurance regulator of the Katsina State Government’s full support in the development of insurance in the State.

Takaful is a type of Islamic insurance wherein members contribute money into a pool system, to guarantee each other against loss or damage.
The Takaful fund is formed by a collection of contributions. Each participant’s contribution is determined by the type of coverage they require and their personal circumstances. A Takaful contract, like a conventional insurance policy, specifies the nature of the risk and the length of the coverage
Salami said that Naicom went to Katsina with six Takaful companies for which the state give the space to mount their offices for easy access to government and citizens in the state.
Like any other establishment and general insurance industry/business, Takaful (Islamic Insurance) industry is regulated by laws, rules, regulations or guidelines that control its operation.
The Insurance Act of 2003 applies to all insurance businesses and insurers. The Act is the primary legislation that regulates insurance Companies in Nigeria, and makes provision for Requirements and Applications for Registration, Modes of Operation of Insurers, Winding Up, Premiums and Commissions, Insurance of Properties, General Insurance, Life Insurance, Offences and so on.
The Insurance Act of 1997 established the National Insurance Commission with the responsibility to ensure the effective administration, supervision and regulation of Insurance businesses and by virtue of Section 1 of the Insurance Act 2003, it is conferred the power to Register insurance businesses. In perusing the Act, it is an obvious fact that the Act did not expressly make provisions for Takaful which is a grave flaw.
However, the Act by virtue of its provision granted the NAICOM the power to regulate Insurance Businesses. The implication of this is that they can establish guidelines that will regulate the Operations of any Insurance business. Hence, this resulted in the establishment of the Naicom Takaful Operational Guidelines 2013 .