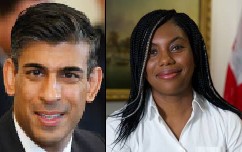 Badenoch rose to prominence during this summer’s leadership contest.

Rishi Sunak has also appointed her as women and equalities minister – a post she held previously during Boris Johnson’s premiership.

She has been outspoken on issues such as gender-neutral toilets – which she opposes – and stood on an “anti-woke” platform in the Tory contest.

She also argued that the state needed to be slimmed down.

The former software engineer worked in banking and later as a director of the Spectator magazine before being elected to the London Assembly.

She entered the Commons as MP for Saffron Walden in 2017, and lists her interests as including engineering and technology, social mobility and integration. 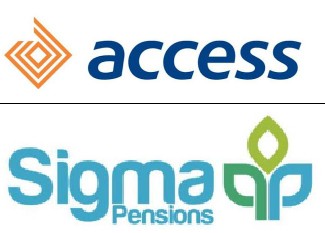 The Corporation had recently announced its acquisition of majority equity stake in FGPL. It is intended, subject to the receipt of relevant regulatory approvals that the operations of FGPL and Sigma will be merged to create Nigeria’s fourth largest Pension Fund Administrator (PFA) by Assets Under Management.

Commenting on this landmark transaction, Group Chief Executive, Access Corporation,. Dr. Herbert Wigwe said, “Having concluded our divestment from the pension funds custody sector and our recent acquisition of FGPL, we are pleased with the progress we are making regarding our diversification and growth into the pension funds administration sector. We are particularly pleased to have reached this agreement with Actis. Our plan is to consolidate these entities to create a formidable pension funds administration business”

Speaking on the transaction, Natalie Kolbe Non-Executive Director of Actis, Mr. Natalie Kolbe noted, “Sigma has transformed during our partnership, and we are delighted that Access, a well-respected operator, is set to support the company across its next phase of growth. The market Sigma operates in is ripe for consolidation and I have no doubt that with such a capable backer, they will go from strength to strength.”

The Corporation promised to update the market in accordance with its disclosure obligations.