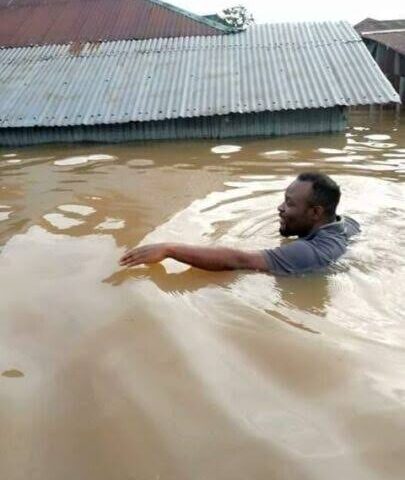 The National Insurance Commission (NAICOM) has expressed the commission’s sympathy with victims of recent flood disaster across the country.

The Head of Corporate Communications and Market Development, NAICOM,
AbdulRasaaq Salami, revealed this in a statement to journalists today

With this level of disaster, insurance companies are in for large claims settlement to policyholders that are affected by the flood ravaging parts of the country.

2.5 million persons are affected by current floods which hit Nigeria when Cameroonian authorities released water from their Lagdo Dam.

Of this figure, 1.3 million people are displaced, 2,407 persons were injured, and 603 persons lost their lives.

These figures were released on Sunday in Abuja by the the Minister of Humanitarian Affairs, Disaster Management and Social Development, Hajiya Sadiya Umar Farouq, while unveiling Nigeria’s preparation to meet with the Government of Republic of Cameroon over the release of water from Lagdo Dam at a press conference.

While we mourn the unfortunate boat mishap in Anambra and other locations, please, we must note that we are not completely out of the woods,” Farouq said

She says that the Meteorological Agencies are warning that States like Anambra, Delta, Cross River, Rivers and Bayelsa are still at the risk of experiencing floods up till end of November.

“So, we are calling on the respective State Governments, LGAs and Communities to prepare by evacuating people living on flood plains to high grounds, providing tents and relief materials, fresh water as well as medical supply for possible outbreak of water borne disease”.

Farouq recalled that on Feb. 15, the Nigerian Meteorological Agency (NiMet) released the 2022 Seasonal Climate Prediction informing Nigerians that the rains of 2022 will be heavier and longer.

She also states that on May 12, the Nigeria Hydrological Services Agency released the Annual Flood Outlook.

According to her, “immediately after these two releases, the National Emergency Management Agency (NEMA) was all out in the media and went to all States and FCT.

NEMA warned of expected floods and advised on mitigating and preparedness actions needed to take to minimize losses and damages.

“I also briefed the National Economic Council on Sep.22, where I outlined preparedness strategies that all State Governments should take to mitigate the 2022 floods.

However, we must initiate a bilateral discussion with authorities in Cameroon in November on the periodic opening of the Lagdo dam.

“The delegation to Cameroon is to be led by the Permanent Secretary of the Ministry, and the Ministry of Foreign Affairs will be requested to facilitate the meeting,” Farouq said.

Farouq said there was enough warning and information about the 2022 flood but States, Local Governments and Communities appeared not to take heed.

“We are calling on the respective State Governments, LGAs and Communities to prepare by evacuating people living on flood plains to high grounds, providing tents and relief materials, fresh water as well as medical supply for possible outbreak of water borne disease”.