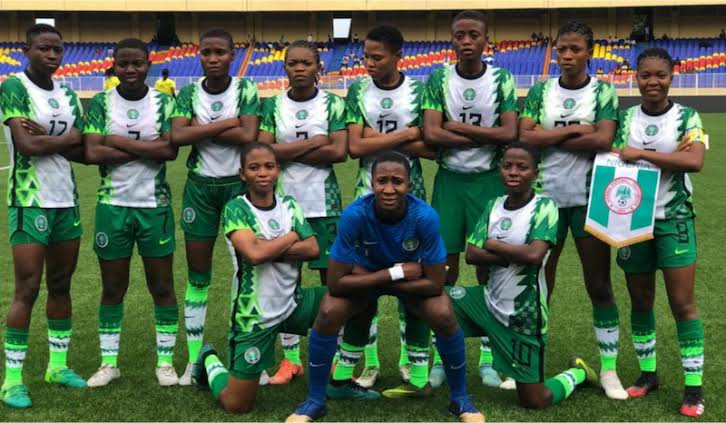 Nigeria’s Under-17, U-17 women’s team, the Flamingos, defeated USA 4-3 on penalties to reach the semi final on the ongoing FIFA U-17 world cup in India.

The game ended 1-1 in regulation time and went straight to penalties.

Mamuso, who scored the winning penalty for Nigeria, opened the scoring from the penalty spot in the 26th minute. A VAR review had confirmed a foul on Amina Bello with the referee wasting no time in pointing to the spot.

The Americans piled pressure on the Nigerians and were rewarded just before half-time. They equalised in the 40th minute through Amalia Martina Villarreal’s strike.

The second half saw a tight contest between both sides as they played hard to get a lead but to no avail.

Nigeria produced a brilliant defensive display to take the game to penalties.

Flamingos will now play the winner of the game between Colombia and Tanzania on Wednesday, October 26, 2022.