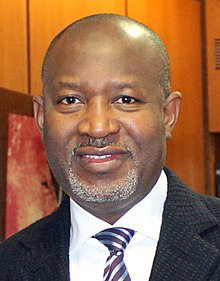 The decreasing number of domestic airlines and their limited fleet size is giving air travellers a cause for concern, with the cost of air tickets, number of flight delays, and cancellations on the rise.

Despite the limited number of airlines in the country, the figure has been decreasing over the years. Major commercial airlines operating in the country as at today are about six carriers: They are Air Peace, Arik Air, Aero Contractors, Dana Air, Max Air and Overland, and most of them are functioning with small aircraft fleet size.

The situation is further exacerbated by the recent suspension of Azman Air by the Nigerian Civil Aviation Authority, (NCAA). The aviation agency had suspended the airline’s operations with immediate effect, over a series of incidents involving its Boeing 737 aircraft.

Recall that the FirstNation Airways suffered similar fate when it was also suspended by NCAA in May, 2018. The issue of First Nation Airways suspension had to do with “unauthorised and illegal operations”, according to the regulator.

THEWILL gathered that the suspension of these players and the depleting fleet size of the operating airlines are telling on domestic air travellers who are now paying higher for their flight tickets with the attendant delays and cancellations.

Narrating his experience, an air traveller, Kayode Afilaka said that his planned trip from Abuja to Lagos on the 27th March, 2021 could not hold simply because he could not procure a ticket. According to Afilaka, he went to almost all the airlines and was told that all the seats had been fully booked and that he could not get any space.

Explaining further, he said “I went to all the airlines and they told me point blank that it was impossible for me to fly since there are limited aircraft for operations. Even when I offered to pay any amount, there was no luck”.

The story of Mrs Clementina Adigu, another air traveller, is not difficult from that of Afilaka’s. According to Mrs Adigu, she had gone online one week ahead of her trip to buy a one-way ticket from Abuja to Lagos, all to no avail. She said “You can see what we are passing through even with the money; you cannot see the ticket to buy. The ticket that we used to buy N30,000 has gone to N50,000 and above.”

Mr James Ogabu was lucky to have secured a one-way Lagos-Abuja ticket at the cost of about N70 for an economy class. According to Ogabu, the issue of very few airlines is affecting a lot of travellers in terms of high cost, flight delays and cancellations. He however, advised the regulatory authorities to continue with their oversight functions as there is no room for mistakes or trial-and-error in aviation.

When THEWILL reached out to one of the major airlines, a ticketing officer who spoke under the condition of anonymity said that, it is difficult to get tickets between Lagos and Abuja routes at weekends.

According to the source, the difficulty of getting tickets is due to the fact that they are fewer aircraft these days and that has contributed to very light operations by the few airlines we have in the country.

“If you want to travel, especially between Lagos and Abuja at the weekend, just start planning as early as one month ahead, because the route is always busy at weekends”.

Reacting to the situation, the secretary general of the Association of Nigerian Aviation Professionals (ANAP), Comrade Abdul Rasaq Saidu, said that it is unfortunate that most airlines in the country have fewer aircraft than expected. Comrade Saidu wondered how pilots could practise without adequate airlines and aircraft to work with.

Saidu therefore, advised that, even with fewer airlines, there is need to give job opportunities to local pilots instead of giving the limited opportunities to foreigners. He lamented situations where foreign pilots are given jobs with the very few aircraft we have in the country.

“Whether there are enough planes or not, it is important that we give priority to local pilots because a foreigner could not enter the country and begin to fly as a pilot without endorsement from the Nigeria Immigration Services (NIS).

“Interestingly, at the global level, the situation is at variance with what is on ground in Nigeria. In some countries, the issue of unemployed pilots is not a major concern but there are fears that there would be scarcity of manpower in that area, in years to come when there will be enough airlines and aircraft to work with”, Saidu said

Meanwhile, beyond the suspension of certain airlines, aviation experts have attributed the declining fleet size of domestic airlines to the fact that most of their aircraft are still in maintenance at different locations across the world.

For instance, Air Peace which had over 20 aircraft in its fleet is left with as low as 5 aircraft currently, while the remaining ones are undergoing maintenance. Arik Air, on its own once maintained as much as 21 aircraft fleet size at some point but is now operating with fewer aircraft. As at the time First Nation Airways was suspended, the airline had about one in maintenance while the other was fully operational.