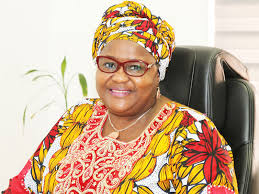 All of the 22 Pension Fund Administartors, PFAs, operating in the country were involved in the Retirement Savings Account (RSA) Transfer System launched on 16 November 2020, with a total sum of N18.89 billion moved by 2,799 RSA holders

The figure from National Pension Commission (PenCom) read that  during the fourth RSA Transfer Quarter of 2020 (i.e. the maiden RSA Transfer Quarter), the total value of the RSA balances transferred stood at N18,898,848,438.79. All the 22 PFAs were involved in the transfer, as transferring and/or receiving PFAs,”

The Comission revealed that the pension industry recorded a net marginal growth of 0.72 per cent (66,704) in schemes membership during the fourth quarter of 2020, rising from 9.20 million contributors as at the end of the preceding quarter to 9.27 million as at Q4 2020.

The growth in the industry membership, according to PenCom, was driven by the RSA Scheme, which had an increase of 68,749 registered contributors, adding that however, membership of the Closed Pension Fund Administrator (CPFA) Schemes declined by 2,045 to 14,926 while the Approved Existing Schemes (AESs) membership remained unchanged at 40,951 as at Q4 2020.