The Economic Community for West Africa States, ECOWAS COVID-19 daily update as at November 15th, 2020 shows that Nigeria is placed on the 6th position as regards the recovery rate (93.7 percent) in West Africa

Amongst the 15 member countries of the ECOWAS, Nigeria is the 9th position on death rate (CFR – case fatality ratio) 1.79 percent and 11th position on active cases (4.5 percent).

As regards the death rate (CFR), Liberia tops with 5.44 percent followed by Niger 5.36 percent and Mali 3.62 percent while Guinea is the least with 0.5 percent

On recovery rate, Cote de Voire tops the list with 98.4 percent followed by Senegal 97.6 percent and Gambia 96.5 percent with the least coming from Togo with 71.8 percent

Togo has more active COVID 19 cases with 25.9 percent followed by Sierra Leone 20.8 percent and Mali 20.8 percent with The Gambia contributing the least with 0.2percent 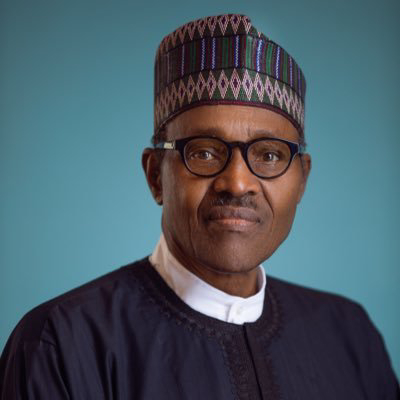 National Bureau of Statistics (NBS) said that the nation’s economy has entered into recession as the Gross Domestic Product (GDP) contracted for the second consecutive quarter by 3.62 percent in the third quarter of 2020.

Economic recession is defined as two consecutive quarters of negative Gross Domestic Product (GDP) growth. A negative GDP growth is also referred to as a contraction.
The National Bureau of Statistics, NBS, in its GDP report for Q3’2020 said that the nation recorded GDP growth of -3.62% in Q3’2020, though an improvement from the -6.10% growth recorded in Q2’2020.

The NBS stated: “Nigeria’s gross domestic product (GDP) recorded a growth rate of –3.62% (year-on-year) in real terms in the third quarter of 2020.
“Cumulatively, the economy has contracted by -2.48%. While this represents an improvement of 2.48% points over the –6.10% growth rate recorded in the preceding quarter (Q2 2020), it also indicates that two consecutive quarters of negative growth have been recorded in 2020.”

The NBS further stated: “Furthermore, growth in Q3 2020 was slower by 5.90% points when compared to the third quarter of 2019 which recorded a real growth rate of 2.28% year on year.
“The performance of the economy in Q3 2020 reflected residual effects of the restrictions to movement and economic activity implemented across the country in early Q2 in response to the COVID-19 pandemic.
“As these restrictions were lifted, businesses re-opened and international travel and trading activities resumed, some economic activities have returned to positive growth. A total of 18 economic activities recorded positive growth in Q3 2020, compared to 13 activities in Q2 2020.”

The NBS further explained that, “During the quarter under review, aggregate GDP stood at N39.089 trillion in nominal terms. This performance was 3.39% higher when compared to the third quarter of 2019 which recorded an aggregate of N37.806 trillion.
“This rate was, however, lower relative to growth recorded in the third quarter of 2019 by –9.91% points but higher than the proceeding quarter by 6.19% points. For clarity, the Nigerian economy has been broadly classified into the oil and non-oil sectors.”

The non-oil sector was driven mainly by Information and Communication (Telecommunications), with other drivers being Agriculture (Crop Production), Construction, Financial and Insurance (Financial Institutions), and Public Administration.

The Federal Government has offered a cumulative sum of N75 billion to the Academic Staff Union of Universities (ASUU) to address earned academic allowances and revitalization of universities.

The Federal Government also on Friday, November 20, 2020, agreed to exclude members of the ASUU from the Integrated Payroll and Personnel Information System (IPPIS) after months of negotiation pending

when the university lecturers will complete the development of its own payment platform- the University Transparency and Accountability Solution, UTAS.

Besides, government agreed to ASUU’s demand to pay their members’ salary arrears from February to June through the old salary payment platform – the Government Integrated Financial and Management Information System, GIFMIS.

The new offer was made by the Minister of Labour and Employment, Senator Chris Ngige after a seven hour meeting between the government team and the leadership of Academic Staff Union of Universities, ASUU, at the Ministry of Labour headquarters, Abuja.

Giving a breakdown of the N65 billion Senator Ngige said the Accountant General of the Federation, AGF, has offered to release N40 billion or in the alternative, N35 billion to be shared by all the registered trade unions in the universities after providing necessary evidence of having earned the allowance.

The Federal Government on Friday agreed to exempt the Academic Staff Union of Universities from the Integrated Payroll and Personnel Information System pending when the university lecturers will complete the development of its own payment platform- the University Transparency and Accountability Solution (UTAS).

The government also agreed to ASUU’s demand to pay their members’ salary arrears from February to June through the old salary payment platform – the Government Integrated Financial and Management Information System.

After weeks of negotiations and foot – dragging, the government offered to raise the Earned Academic Allowances to university staff from N30bn to N35bn and the revitalisation fund from N20bn to N25bn.

Cumulatively, the government, through the Accountant – General of the Federation, offered the lectures N65 billion to call off their eight – month old strike.

The government also shifted grounds on a number of issues, including the insistence that all the academic staff of the federal universities must be paid through the IPPIS platform.

Minister of Labour and Employment, Senator Chris Ngige, who read out the communique at the end of a seven-hour negotiation with ASUU members in Abuja, the funds will be shared by all the registered Trade Unions in the universities after providing necessary evidence of having earned the allowance.

Responding to the demand for immediate payment of 50 percent of the initial amount allotted for revitalisation which translates to N110 billion, Ngige said it was not possible because of paucity of funds.

He said, “The government however, offered to pay N25 billion based on the Memorandum of Action (MoA) of 7th February, 2019 signed with ASUU or in the alternative, urged ASUU to accept N30 billion with the reduction in the earlier Earned Allowances. Between the revitalisation and earned allowances, the FG has offered a cumulative sum of N65 billion.”

According to him, “The Federal Government reiterated that her offer of N40 billion or N35 billion whichever is accepted by ASUU was for all the universities unions: ASUU had proposed that N40 billion be paid immediately for all unions.”

The Minister said all Vice Chancellors are expected to submit details of the Earned Academic Allowances/Earned Allowances to the National Universities Commission, NUC, on or before November 30.

He said the lecturers will also be paid on the old platform pending the time.

“We are also reviewing how the lecturers will be paid on the old platform (Government Integrated Financial Management Information System ) until UTAS is ready for usage,” he said.

Also speaking, the National president of ASUU, Prof. Biodun Ogunyemi said ASUU will take the new offer to its members.

He said, “We will give the government our response by next week after discussing with our members.”

Recall that ASUU had demanded N110 billion for revitalisation which should be paid in tranches.

The university teachers had also insisted that the N30 billion the government promised to release for Earned Allowances was only for their members.

However the government said that the money was for the four university based unions, ASUU, Senior Staff Association of Nigeria Universities, SSANU, Non-Academic Staff Union, NASU and the National Association of Academic Technologists, NAAT.