The Insurance Editor of NewsPage Media, Sola Alabadan, escaped death by whiskers at the weekend while travelling from Lagos to Ekiti State, as a Toyota Sienna vehicle with Registration number GGE970GB, suddenly hit his car from the back and pushed him under the trailer in front of him.

The whole windsreen of his vehicle was shattered, while the bonnet and the bumper were damaged completely.

Immediately the accident happened, he said he thought the end has come as he could not see anything for some seconds.

Although he was not injured physically, he said the tiny broken glass splashed on his body, and he expressed fears that some of the broken glasses had not been deposited in his body.

In view of the fact that the driver of the car accepted it was his fault, he said he asked him if the vehicle has the minimum third party insurance cover required by the law and the driver said yes. 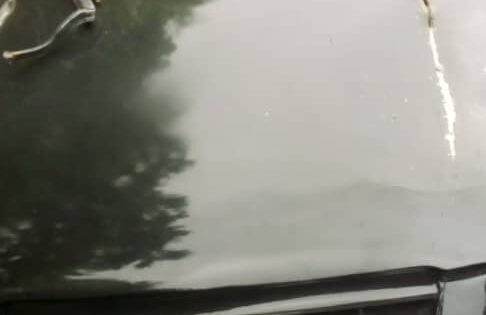 Sola had once before the car accident escaped the whim of death on May 30, 2015, in the real sense of the word.

I had travelled to Tunisia and came back on May 30, 2015. Before our plane touched down around 6am in Lagos on that fateful day, a car was already waiting for me at the airport and I was chauffeured back home. So, I didn’t stress myself.

We got home before 7am, knocked on the door and my family welcomed me as if I had travelled for years. So, I just handed over my bag to them to ransack it and pick anything they want therefrom.

Thereafter, I told them I needed to sleep.
After sleeping for about two hours, my wife came back from the salon and I woke up to open the door for her. She came in and I went to the toilet to ease my self. There and then, I was standing up urinating, but that was the last thing I knew.

People will say it was an heart attack or cardiac arrest, but I was long gone, as I didn’t know what was happening around me again.

Few minutes later, I was told that I collapsed but because I used my head to hit a plastic bowl in the toilet, the sound from the crash drew the attention of my wife to the room. On getting to the room, however, she met me lifeless and I didn’t know what was happening around me again.

So, she started pleading blood of Jesus as she struggled to lift me up the ground.
Few minutes later, the ever faithful God revived me and I came back to life.

Therefore, she suggested we should go to the hospital for medical check up and to satisfy her, I agreed and we went to the hospital. After samples were taken and series of tests were conducted, the doctor didn’t see any problem. 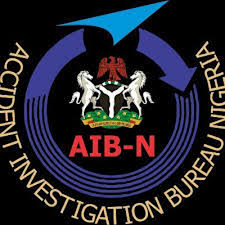 The Accident Investigation Bureau, Nigeria (AIB-N), has directed all airlines, both commercial and non commercial operating in the country to establish an accident investigation unit in the offices

This is coming against the backdrop of the Havilland DHC -6-400 Twin Otter operated by Caverton Cameroon that crashed in May 2022.

It was learnt that the DHR-6-400 Twin Otter (registered TJ-TIM) was operating Yaoundé (Nsimalen) – Dompta – Yaoundé (Nsimalen) on May 11, 2022 when it crashed killing all the passengers and crew members. The aircraft was found crashed in a forest, not far from Nanga Eboko.

Both countries are exploring areas of cooperation and collaboration that can boost accident investigation and air safety in Africa.

However, the Commissioner and Chief Executive Officer of Accident Investigation Bureau, Nigeria (AIB-N), Engr. Akin Olateru while receiving the investigation team from Cameroon probing the crash stated that, Nigeria was part of the investigation in line with the International Civil Aviation Organisation (ICAO) Annex 13 since there were Nigerians onboard the ill-fated aircraft.

He said: “Cameroon has not decided whether it would cede the investigation completely to Nigeria or not.

“Nigeria will be assisting Cameroon in the investigation with her Flight Safety Laboratory, which is one of the best in the world currently.

“The laboratory has an upgraded facility called Memory Access Retriever System (MARS), which will be deployed to retrieve information from the CVR, which was badly burnt and damaged.

“As you are aware, we have one of the best safety laboratories in the world. We have the capability, which the United States NTSB (National Transportation Safety Board) has, which is getting information from burnt or damaged flight recorders. This aircraft crashed and a recorder badly burnt but we will be able to retrieve the information. This is one of the best equipment you can find in the world today.

“You will understand that this is not the first time Nigeria will be helping other nations. We helped Sao Tome and Principe during an investigation. We helped Gambia. We helped Niger republic. We are helping Sierra Leone”.

“We just got an approval from the Ministry of Justice to sign a Memorandum of Understanding (MoU) with Sierra Leone to help them set up an accident investigation body. This is where we are today. “

He stated that the unit would help the airlines to understand and take advantage of the benefits of accident investigation to boost safety in their operations.

“Big carriers like American Airlines have such units, which has greatly benefited the carriers adding that it is the responsibility of everyone to have an understanding of accident investigation in Africa.

“When fully commissioned AIB-N training school will play significant role in training airlines’ personnel in accident investigation, which will help them in investigating occurrences with a view to enhancing safety in their operations.

“The AIB Training School, a world class training institution located in Abuja is near completion and is expected to commence operations before the end of the year. Singapore and other two countries have signified readiness to assist the AIB training school.”

According to her, “We are in Nigeria to seek AIB-N expertise in the reading of the flight recorders, transcription of the Cockpit Voice Recorder (CVR), analysis of the Flight Data Recorder (FDR) and FDR animation.”