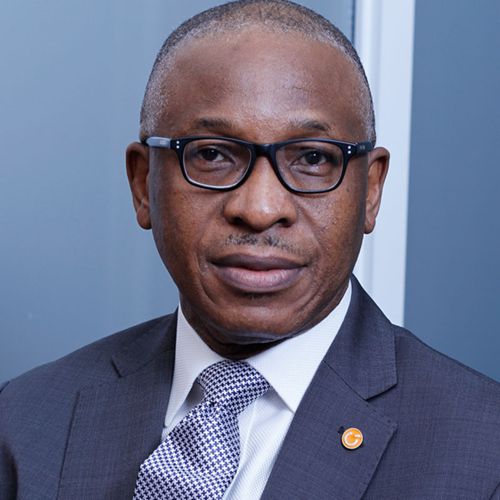 The federal government has generated a whopping the sum of N1trillion from proceeds of the privatisation of public enterprises even as it Target N493 billion this year.

The Director-General of the Bureau of Public Enterprises (BPE), Mr. Alex Okoh, made during the 2021 Work Plan of the agency, in Abuja.

Okoh while speaking yesterday said, “The revenue was generated from the privatisation of 234 entities, in the last two decades.

The privatised enterprises, he said, cut across several sectors including agriculture,  banking and insurance,  hospitality,  industry and manufacturing,  oil and gas,  power, port, mines and steel, automobile, paper and packaging,  as well as, telecommunications.

On why refineries were removed from the list of entities listed for privatisation this year, the D-G said that BPE’s intention was sell them “as is” but that the Nigerian National Petroleum Corporation thought otherwise.

“Our initial plan was to privatise the refineries without putting more money. But the NNPC believes the plants can be rehabilitated and secured government approval to go ahead with the rehabilitation. That is why we have flagged it.”

The BPE DG gave a list of entities to be privatised to include: Afam Power, Yola Disco (which is almost completed), Aluminium Smelter Company of Nigeria in Ikot-Abasi of Akwa Ibom State, Bank of Agriculture , as well as, the sale of Nigerian Minning Corporation’ Mineral House in Ikeja, Lagos.

Others according to would include: Lagos International Trade Fair Complex, Tafawa Balewa Square, River Basin Development Authorities, as well as, the reform of the Housing sector under which the Federal Mortgage Bank of Nigeria would be restructured,  recapitalised and commercialised.

Talking on the complex issues faced by  Ajaokuta Steel Company, the legal issues around it would soon be resolved with a view to urgently  completing all that were required to make it operational.

He stressed that Nigeria’s dream of becoming an industrialised nation would be a mirage unless the steel industry was fixed.

He stated that about N 493. 404 billion was expected from the sales of Public enterprises this year, alone, if the 2021 Work Plan is executed successfully.

He said, “Revenue projections in the year would involve 36 projects with expected income  of N496. 848 billion, out of which about N 3.344 billion would be expenditure.

The privatisation of the five National Integrated Power Plants (NIPPs) located in Benin, Calabar, Geregu, Olorunsogo and Omotosho would be completed, latest,  December this year and expected to yield significant revenue for the three tiers of government, as funds used in constructing them were sourced from the Excess Crude Account under the administration of former President Olusegun Obasanjo.

Okoh explained that there were no plans to sell the Transmission Company of Nigeria (TCN).

“The intention of government remained working towards making it more effective through injection of private capital, through concession of portions of the network, since it has been identified as the weak link between Power generation and distribution.

The D-G added that contrary to claims by some Power Distribution Companies (Discos),  the federal government has been providing every necessary support for them, in line with its 40 per cent stake.

He stated, “The core investors in the Discos have not brought in their own funds other than the payment made for their stakes in the companies, whereas the federal government, through its agencies, especially the Central Bank of Nigeria,  has provided various funds to enable them operate more efficiently.

On the Paper industry, the BPE boss revealed that an inter-ministerial committee had been set up to undertake a holistic review of all moribund paper companies that had