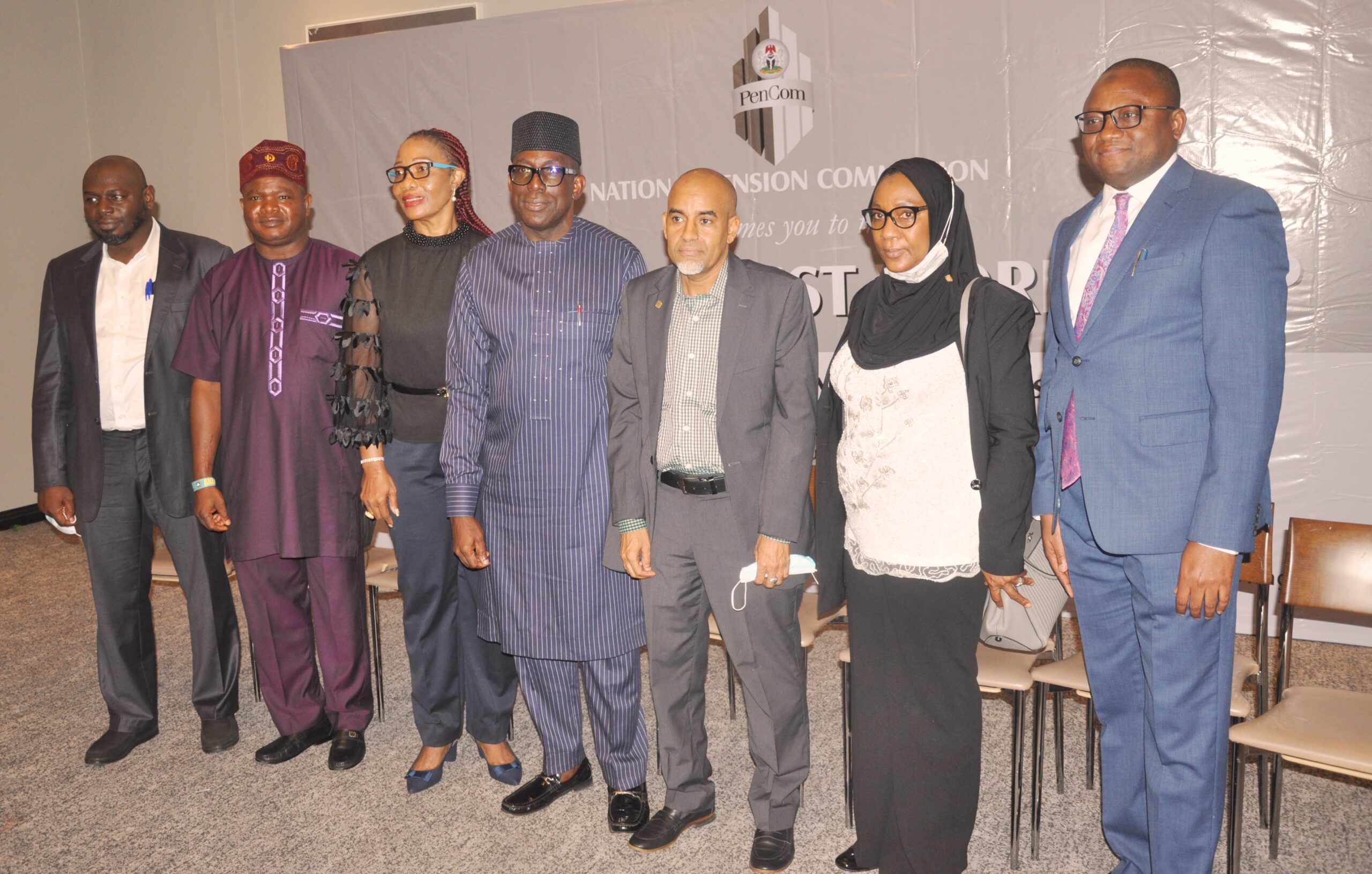 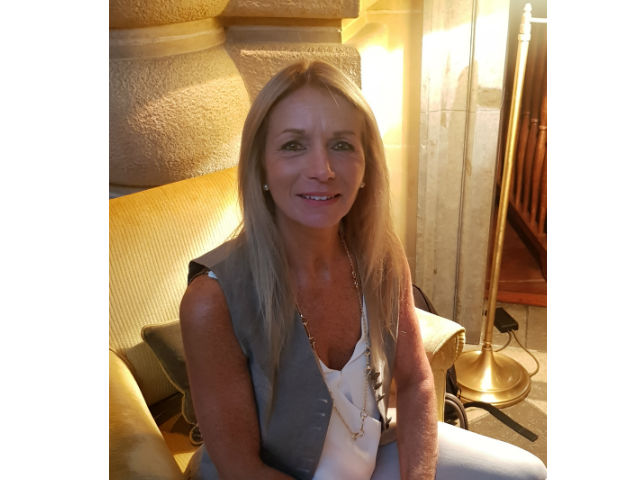 Lloyd’s of London has appointed its first female deputy chair from Guy Carpenter, one of the world’s leading reinsurance brokers and part of the Marsh & McLennan group of companies.

She has sat as an elected member of Lloyd’s Council since February 2019 and has worked for the Lloyd’s market for 40 years, starting her career in medicine before moving to reinsurance broking in 1980.

Carter joined Guy Carpenter in 2010 as vice chairman of international operations and in 2018 became chairman of global capital solutions, international. She also holds positions on the company’s executive committee and board. In addition, she is chair of the Lloyd’s Charities Trust and Lloyd’s Community Programme.

Bruce Carnegie-Brown, chairman of Lloyd’s, said: “I’m delighted that Vicky has agreed to become Deputy Chair of Lloyd’s. This appointment recognises her extraordinary professional contribution to the Lloyd’s market and global (re)insurance industry over many decades. Her leadership will be vital as we progress our work in building the world’s most advanced insurance marketplace.”

Carter added: “I’m thrilled and proud to become Lloyd’s first female Deputy Chair. I am a huge advocate of the market’s global reach and its ability to respond to the changing risk needs of customers and look forward to continuing to contribute to the leadership of Lloyd’s in this new role 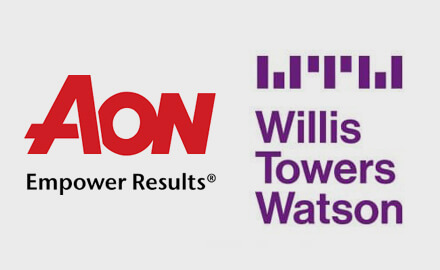 The insurance and reinsurance broking world as Aon and Willis Towers Watson (WTW) said they have terminated their combination, or merger agreement, effectively cancelling Aon’s acquisition plans to become the largest player in the market.

aon-willis-towers-watsonAon and Willis Towers Watson said they have, “agreed to terminate their business combination agreement and end litigation with the U.S. Department of Justice (DOJ).”

The $30 billion acquisition and merger had been announced in March 2020 and the pair have been working towards a combination ever since.

But challenges from an antitrust suit had threatened to delay the combination beyond the original merger agreement outside-date, something it now seems the insurance and reinsurance brokers weren’t prepared to push back waiting for a DOJ trial.

Now, Aon said it will pay the $1 billion termination fee to Willis Towers Watson, as thee proposed scheme of arrangement has now lapsed, and both organisations will move forward independently.

Today, Aon CEO Greg Case explained, “Despite regulatory momentum around the world, including the recent approval of our combination by the European Commission, we reached an impasse with the U.S. Department of Justice.

The DOJ position overlooks that our complementary businesses operate across broad, competitive areas of the economy. We are confident that the combination would have accelerated our shared ability to innovate on behalf of clients, but the inability to secure an expedited resolution of the litigation brought us to this point.”

He also said, “Over the last 16 months, our colleagues have turned potential challenges into opportunities to advance our Aon United strategy. We built on our track record of innovation, continued to deliver industry-leading performance and progress against our key financial metrics and move forward with the strongest colleague engagement and client feedback scores in over a decade. Our respect for Willis Towers Watson and the team members we’ve come to know through this process has only grown.”

Willis Towers Watson CEO John Haley added, “Our team’s resilience and commitment are a source of pride and confidence. They have continued to bring to life Willis Towers Watson’s compelling value proposition to better serve our clients in the areas of people, risk and capital. Going forward, our focus remains steadfast on our colleagues, our clients and our shareholders.

“We believe we are well-positioned to compete vigorously across our businesses around the world and will continue to introduce important innovations to the market. We appreciate and deeply respect all the Aon colleagues we got to know through this process.” 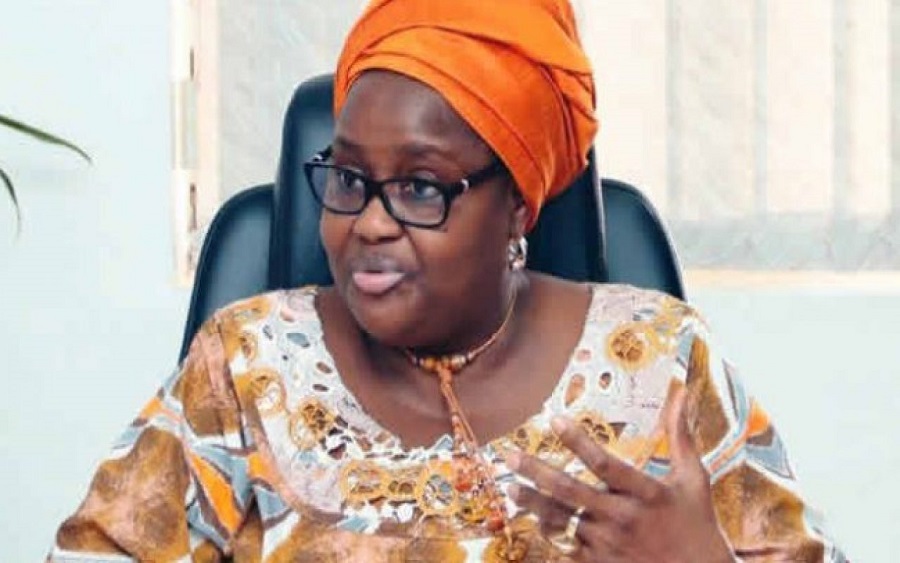 PenCom to start payment of N4.5bn for 2.5% outstanding pension contributions to retirees 2019/2020

National Pension Commission (PenCom) will begin the disbursement of outstanding 2.5 per cent pension contributors to retirees from 2019  to 2020 which amounted to N4.5billion.

PenCom is set to pay all outstanding accruing to retirees from 2019 to 2020 puts at N4.5billion, would get their 2.5 per cent from tomorrow, while those that retired between 2014 to 2018 will get also be settled.

Speaking at the ongoing 2021 Journalists Workshop programme, organised by the PenCom in Lagos today for National Association of Insurance and Pension Correspondents, NAIPCO, the Director-General, PenCom, Mrs. Aisha Dahir-Umar, said, the payment which would begin soon would undoubtedly, boost the RSA balances of the beneficiaries towards better retirement benefits.

While informing the media at the Workshop with the theme, ‘Positioning the Pension Industry in a Post COVID Era’, said the laudable feats of the President of the Federal Republic of Nigeria approved the payment of 2.5 percent differential in the rate of employer pension contribution for FGN retirees and employees.

The feat, she said resulted from the increase in the minimum pension contribution foremployers from 7.5 percent to 10 percent, in line with Section 4(1) of the PensionReform Act (PRA) 2014.

The Presidential approval covered payment of outstanding accrued pension rights for verified and enrolled retirees of treasury-funded MDAs that are yet to be paid their retirement benefits.

The PenCom DG also added that the President approved the payment of the back log of death benefits claims due to beneficiaries of deceased employees of treasury funded MDAs.

Also, the commencement of payment of the reviewed monthly pension contribution rate by the FederalGovernment is another significant step in ensuring compliance with the PRA 2014.

According to her, “The number of registered contributors under the CPS has grown to 9.38 million while pension fund assets have accumulated to N12.66 trillion as at 30 June 2021″.

“The maintenance of a consistent growth trajectory continues to justify the Commission’s overriding investment philosophyof ensuring the safety of pension fund assets.”

Represented by the Head, Corporate Communications, PenCom, Mr. Peter Aghahowa, the DG noted that the regulator would continuously dish out policies to boost the growth of the pension assets as well as investment options that would ensure that the assets are not depleted. 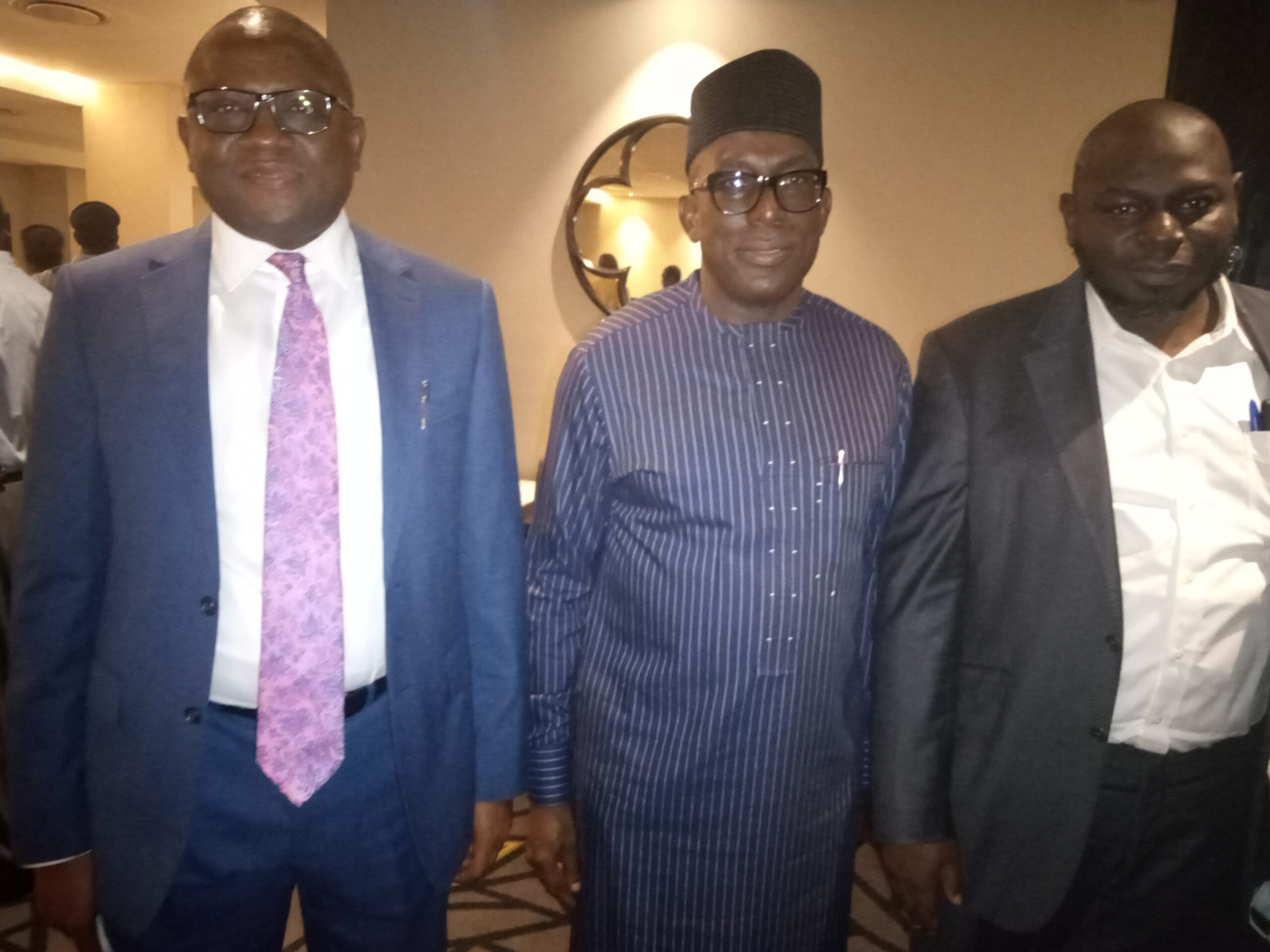 Additional faces at PenCom Workshop for Pension Journalists in Lagos 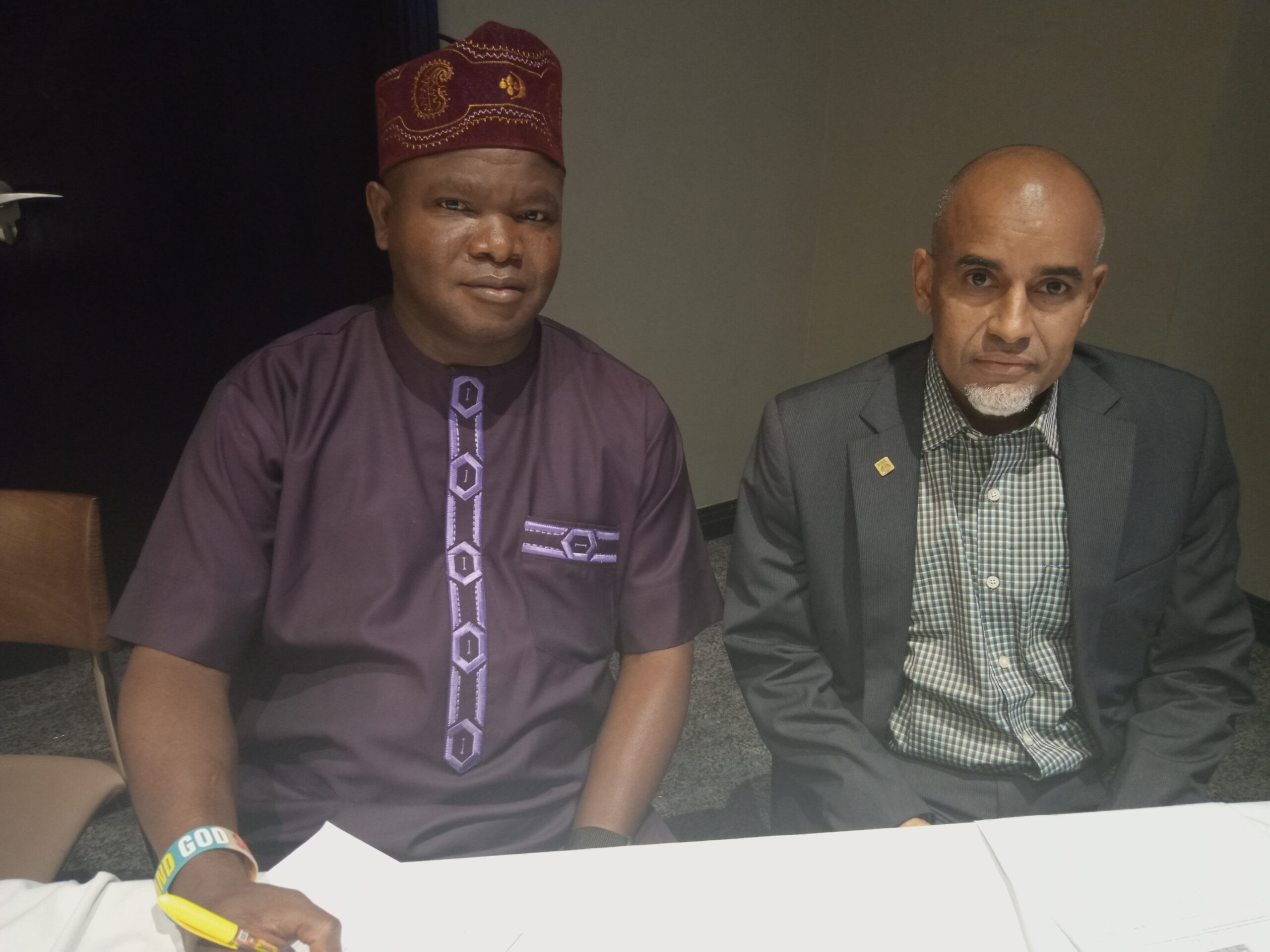 More faces at PenCom Workshop for Pension Journalists in Lagos

Below are some of the Journalists present at the workshop 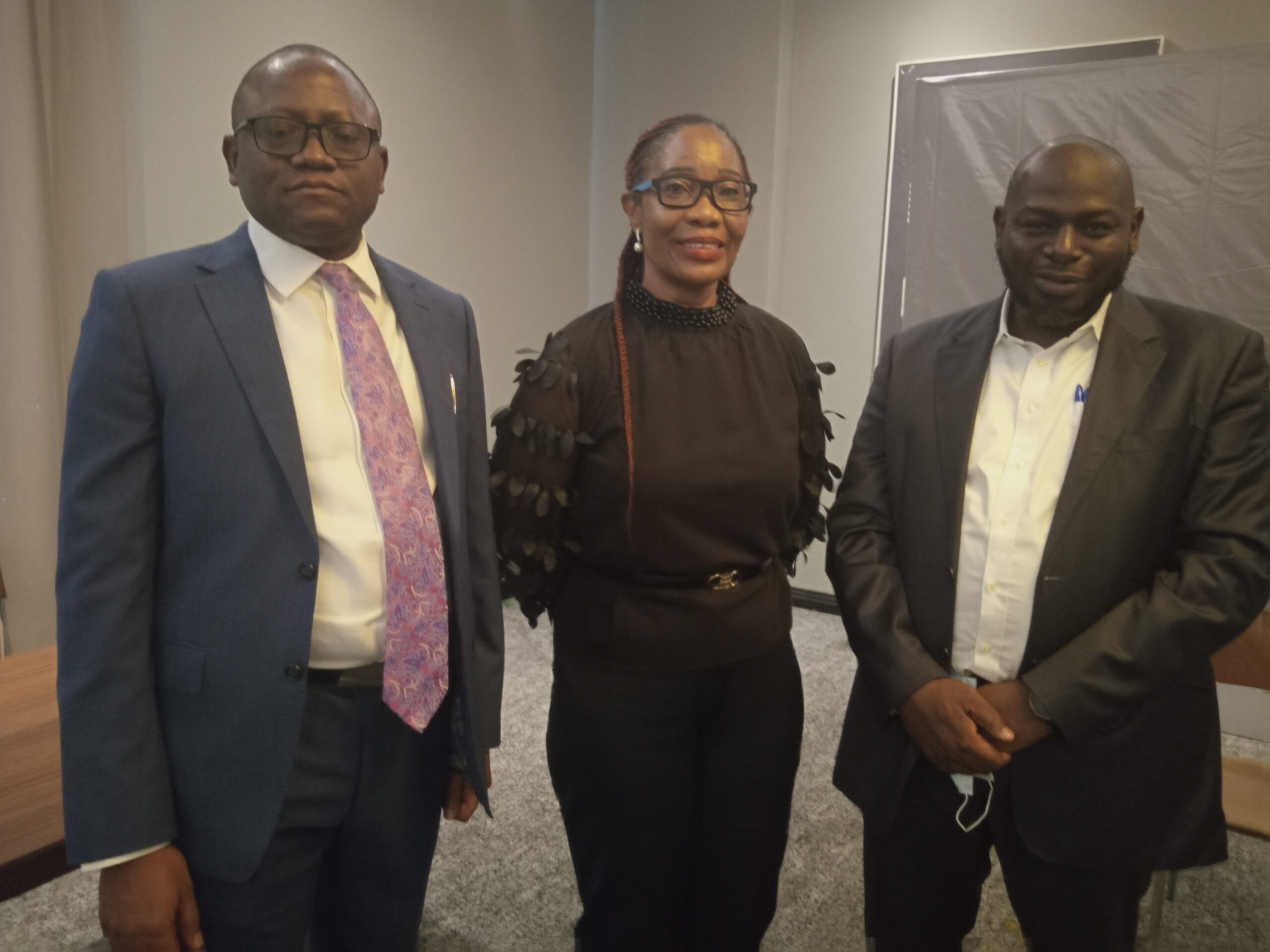 Faces at PenCom Workshop for Pension Journalists in Lagos

National Pension Commission organised a workshop for Insurance Journalists in Lagos. Gave at the workshop

Below are some of the Journalists at the workshop