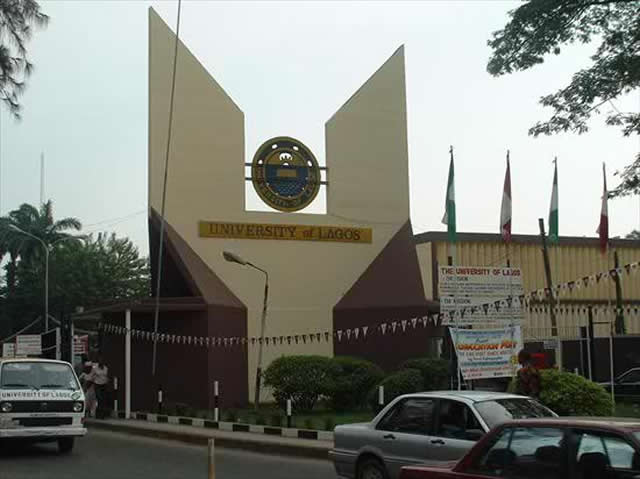 A total of 15,753 students graduated with   various degrees at the 51st Convocation Ceremony of the University of Lagos, during which a 71-year-old woman, Marinze Ifeyinwa Felicia, is among the 148 to be awarded doctorate degree in various fields.

This is just as the late former Vice Chancellor of the institution, Prof. Oyewusi Ibidapo-Obe, will be given the position of Emeritus Professorship (Post-Humous).
Briefing newsmen on Wednesday, the Vice Chancellor, Prof. Oluwatoyin Ogundipe, said a total of 7,754 would be awarded first degree in various disciplines, while 7,999 would bag postgraduate degrees and diploma in various fields also.
Out of the figures, 281 has first class degree, with the highest number of 70 coming from the Faculty of Engineering.

“The best graduating student with the highest CGPA is Alimi Ibrahim Adedeji 4.98 from the Department of Mechanical Engineering, Faculty of Engineering. He has emerged as the Best Graduating Student. He is closely followed by Popoola Victoria Opeyemi with the CGPA of 4.90 from the Department of Economics, Faculty of Social Sciences and also has the best result in the Humanities.

“We have a record in the university, Marinze Ifeyinwa Felicia born on 6th March, 1950 (now 71 years old) will be the oldest to be awarded a Ph.D degree in the history of the university. She has just demonstrated to the world that age is no barrier to attaining any height, ” he said.

Mrs Felicia Marinze, a 71-year-old PhD student of the University of Lagos, has emerged as one of the best graduating students from the institution’s School of Postgraduate Studies (SPGS).

The Vice-Chancellor of the University of Lagos, Prof. Oluwatoyin Ogundipe announced this at a news conference on activities lined up for the institution’s 51st convocation on Wednesday in Lagos.

According to Ogundipe, Marinze (PhD French) with matriculation number 849003042, from the Department of European Languages and International Studies, will be the oldest to be awarded a PhD degree in the history of the university.

He added that the 71-year-old, with the best PhD thesis, had just demonstrated to the world that age was never a barrier to attaining any height.a

The Convocation Lecture will be delivered by the Governor of Central Bank of Nigeria, CBN, Mr Godwin Emefiele on “National development and knowledge economy in the digital age: Leapfrogging SMEs into the 21st Century.”