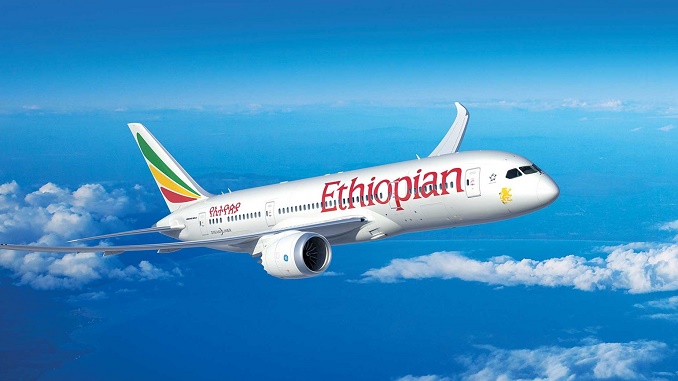 Back in 2013, an Ethiopian Airlines Boeing 767 flying from Addis Ababa to Tanzania’s Kilimanjaro Airport inadvertently landed at nearby Arusha Airport instead.

The two airports are situated some 50km (31 miles) apart from each other. So how did this incident occur in the first place?

The events of December 2013
It was on December 18th, 2013, that Ethiopian Airlines flight ET815 took off from Addis Ababa-Bole Airport (ADD), bound for Kilimanjaro Airport (JRO).

This flight number has had a few variations but usually sees a triangle route operating from Addis Ababa to some combination of Tanzanian destinations, including Kilimanjaro, Dar es Salaam (DAR), and Zanzibar (ZNZ).

When the 2013 incident occurred, however, flight ET815 was scheduled to continue on to the port city of Mombassa, in Kenya
By all accounts, the departure and takeoff of flight 815 went smoothly and without incident.

The aircraft headed south-southwest towards its first stop at Kilimanjaro International Airport in Tanzania- the main gateway airport for international tourists either planning a safari adventure or a hike up Mount Kilimanjaro, Africa’s tallest mountain

According to the Aviation Safety Network (ASN), the pilot made first contact with Kilimanjaro International Airport when descending to FL240. He told Kilimanjaro that he had been cleared by the Dar es Salaam Area Control Centre to descend to this altitude, with the intention of heading to a given waypoint before final approach.

Along the way, the pilot was informed that Kilimanjaro’s runway 09 was not available due to a disabled aircraft located at the approach end. Thus, he was directed to approach the runway from the other side (runway 27). While approaching runway 09 would have provided instrument arrival guidance, runway 27 was not equipped with an instrument landing system.

About 14 minutes after being informed of this, the pilot reported having the airport in sight. After confirming the position of the disabled aircraft, the surface wind was communicated, and clearance to land was given by air traffic control.

Kilimanjaro’s control tower, expecting a 767 to land, failed to see the aircraft. The controller made attempts to contact the aircraft on the Kilimanjaro frequency, but no reply was received.

After repeatedly trying to reach the aircraft by radio, a telephone call came in from the Arusha tower. They had informed Kilimanjaro tower that the Ethiopian Airlines 767, registered ET-AQW, had landed at runway 27 of their airport instead.

Less than half the runway length
Ending up at the wrong airport is an interesting story in itself. However, the story gets more interesting when considering Arusha’s status as a small regional facility. While the airports of Kilimanjaro and Arusha are located relatively close to one another and have runways with identical orientations, the characteristics of each runway are quite different.

The local newspaper ‘The Citizen’ reported that there was much confusion from aviaiton officials. “It probably landed here by mistake,” Arusha’s airport manager is quoted saying on the day. “The pilot was not supposed to land here because this is not an airport its size.”

Kilimanjaro’s runway has a full length of 3,600 meters (11,811 ft) (without the presence of a disabled aircraft at one end), Arusha airport’s runway is a mere 1,620 meters (5,315 ft). Indeed, Arusha (ARK) is a domestic-only airport that serves small aircraft hopping between other towns and cities in Tanzania.

The airport would typically see small aircraft such as the Cessna Caravan while the largest one might see at this airport is an ATR72.

Therefore, the presence of a Boeing 767-300ER presents quite a challenge for both the airport and the aircraft’s flight crew, as the approximate length required for a 767-300 takeoff is somewhere over 2,600 meters (8,563 ft). This would, of course, vary by payload, altitude, and temperature.

Aircraft stuck in the grass

Thankfully, the aircraft managed to safely land at Arusha’s runway 27 within the length of the runway. However, during an attempted 180 degree turn, the aircraft’s nose and main landing gear wheels exited the runway, becoming stuck in soft soil. Arusha’s runway is just 32 meters (105 ft) wide compared to Kilimanjaro’s 45 meters (147.5 ft).

According to FlightGlobal, Ethiopian Airlines reported that there was a long delay before passengers could disembark and images from the scene indicated that the escape slides were activated.

The Aviation Herald reports that this was because some emergency exits were opened for air circulation and to “calm discontent amongst the passengers,” who had been stuck in the aircraft for three and a half hours after landing. This lengthy delay was reportedly due to the need for appropriately-sized aircraft stairs – unavailable at Arusha airport.

The jet was towed back and ASN notes that there was no damage to the aircraft and no injuries were reported from the 223 persons onboard.

Enca reports that Precision Air diverted some of its flights that would have normally landed in Arusha to Kilimanjaro. The Tanzanian regional carrier said that it had to ferry its passengers into town by bus instead.

A successful takeoff was accomplished two days after landing, on December 20th, 2013- this time without passengers. Excess fuel was also offloaded as well. The aircraft then made the short hop to Kilimanjaro International airport.

While reporting doesn’t mention what happened to the passengers, we would presume that immigration officials would have been dispatched to process arriving passengers, with those heading onwards to Mombassa being transferred to JRO by land.

ASN reports that during the descent the pilot apparently saw an airport and “prematurely abandoned the given arrival procedure,” which would have positioned him at the proper waypoint and approach for Kilimanjaro’s runway.

He subsequently approached runway 27 at Arusha Airport believing that he was headed to Kilimanjaro. The aircraft’s downwind position report was not challenged by the Kilimanjaro controller, who should have confirmed the situation visually.