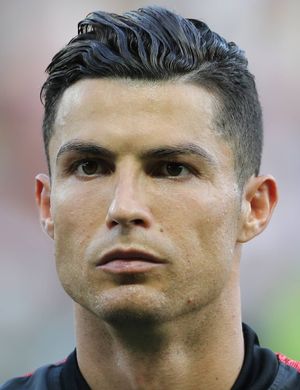 The first one to arrive at training and the last one to leave, Cristiano Ronaldo always goes the extra mile to keep on top of his game.

This mentality translates across the superstar’s life. As the footballer continues to break records during the Euro 2020 tournament, we thought we’d take a look at the private jet he flies.

The 36-year-old is still in top form following his brace against Hungary this week as he became the first player to feature in matches at five Euro finals.

The Portugal international has also been in the spotlight off the pitch with his Coca-Cola snub at a press conference. His impact on society is so broad, that his declaration of choosing water over the soft drink cost the brand an estimated $4 billion.

With such a prominent presence across the globe and a net worth of around $500 million, Ronaldo requires adequate privacy as he continues to fly from city to city for work. Thus, his vessel of choice is a Gulfstream G200, holding registration EC-KBC.

According to Aviapages, this super-midsize class jet can fit up to 10 passengers with a width of 2.19 m and length of 7.44 m. There are three divan seats, three beds, and of course, a lavatory.

Along with an electric oven, there is a refrigerator, satellite phone, entertainment system, fax machine, and microwave on Ronaldo’s aircraft.

All this allows him, his partner Georgina Rodriguez, and his children, to keep occupied while onboard

The G200 isn’t the only Gulfstream jet that Ronaldo has chosen to hit the skies in. During a tour of Asia in the spring of 2019, he hopped around in the G650, a model worth approximately a whopping $65 million!

So, however Ronaldo chooses to fly, he does so with class. He will undoubtedly be looking forward to bringing another Euro medal home on his jet after this tournament is over.