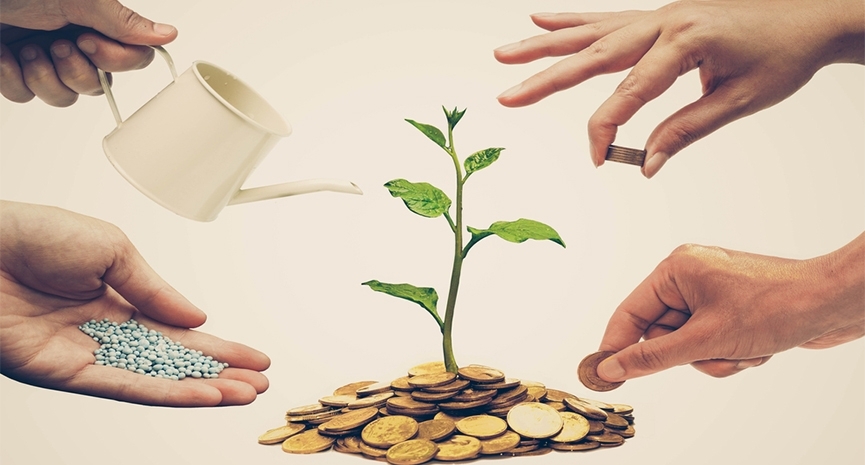 African Entrepreneurs have agreed to form an alliance in order to help mobilize all partners to support through financial assistance the private sector as well as the micro, small and medium-sized enterprises, MSMEs.

With this, the President of France, Emmanuel Macron is said to be planning to host an African Business Summit later in the year.

This is expected to bring Nigerian and other African businessmen together with their European counterparts to address the issues of partnerships, the problem of African financing needs and supporting vibrant private sector initiatives on the continent.

These, among others were some of the resolutions at the just concluded summit in Paris, France on financing of African POST-COVID-19 economies participated by President Muhammadu Buhari.

Senior Special Assistant to the President on Media and Publicity, Mallam Garba Shehu in what he titled, “The takeaways from President Buhari’s visit to France”, enthused that Nigeria has a lot to benefit from the outing.

According to him, “An important resolution of this summit is the agreement for the formation of an Alliance for Entrepreneurship in Africa “to help mobilize all partners ready to support, through technical and financial resources, the development of African Private Sector, Micro, Small and Medium-sized Enterprises (MSMEs) including women entrepreneurs promoted by the Affirmative Finance Action for Women in Africa (AFAWA).

“To actualize this major aspiration, President Macron plans to host an African Business Summit later in the year. Nigerian and other African Businessmen will sit together with their European counterparts to address the issues of partnerships, the problem of African financing needs and supporting vibrant private sector initiatives on the continent.

“It is hoped that this summit will open the channels to more private financing for Africa, and lead to reduction in poverty levels, boost jobs and employment among youths, and widen the donor base especially for climate change initiatives.

“Climate change is very important to both Nigeria and France. For Nigeria, President Buhari is of the strong view that recharging the Lake Chad, which shrank in size to only 10 percent of its original size, with water from the Central African rivers will be actualized if and when France comes on board the idea.”

Shehu said that President Buhari’s journey to France was the first official visit to Europe since the COVID-19 pandemic, adding that the summit was convened by Emmanuel Macron, his counterpart in France, on the financing of African post-COVID economies.

He explained that, “The beginning of the idea of this meeting is traced to a conversation between the Kenyan President, Uhuru Kenyatta and his French counterpart, Emmanuel Macron. The conversation started like this: How would Africa come out of the challenges of the COVID-19 pandemic?

“It is a notorious fact that COVID-19 has led to unprecedented economic and health challenges all over the world. Africa which has recorded continuous growth in the last 25 years suffered its worst recession in 2020.

“The International Monetary Fund, IMF postulates that the continent needed a whopping USD 285 billion between 2021 and 2025 to achieve the growth momentum lost to the pandemic. Where do they start from?”

“That is why President Macron called this important summit, bringing together about 20 African leaders, about a dozen others from Europe and Asia as well as an impressive gathering of all the big players in the global financial system, the AfDB, the World Bank, the IMF and others.

Also present were the G7 and G20 groups of countries, the World Trade Organization, WTO, the Organization for European Cooperation and Development, OECD and very many operators in the Financial Sector as well as investment and manufacturing.

“The meeting ended with a strong resolve to make African states attractive to investment. This should change the existing notion that investment on the continent is risky and something to be avoided”.

“That is one of the reasons why many African countries had turned towards China. From here going forward, Macron is promising that there would be in place, a guarantee scheme to make it less risky to invest in Africa.

“The Macron-Africa summit also scored big on the issue of debt forgiveness. It made a strong case for debt cancellation or a new relationship between Africa and Europe.

“Equally significant is the decision to support the private sector financially to form partnerships between the players in Europe and their counterparts on the African continent.”

Another important issue the summit addressed he said was the inequitable access to COVID-19 vaccines.

He said,” Nigeria and all African countries face the danger of a COVID crisis similar to that of India without the western nations opening the doors to a fairer vaccine access. France, which is believed to hold a surplus of COVID-19 vaccines, says it will help Nigeria.

“In the area of business, France and Nigeria agreed that outside of Morocco, Nigeria is the biggest destination for French Foreign Direct Investment, FDI”.

“There are 120 active French businesses in Nigeria with oil giant, Total leading the pack. Altogether, they have investments worth more than USD 7 billion”

“The two countries agreed to increase trade and investment especially in agriculture, aviation, consumer goods, the creative arts and renewable energy, among others.

” The important issue of security in Nigeria, the Lake Chad Basin area and the entire stretch of the Sahel was also enthusiastically discussed. Both countries agreed that security is an important part of our relationship.

” France already participates in the Abuja-based intelligence fusion center which brings the West European nations and the countries bordering Lake Chad Basin together in sharing information.

” President Macron promised a strong solidarity with Nigeria as the country squares up to the security challenges in many parts of the country.

He also expressed support for the emergency meeting of the countries of the Lake Chad Basin Commission, LCBC coming up on Tuesday 25th of May, called to discuss the demise of Idris Deby-Itno and the future that lies ahead for Chad, its new leaders and the ongoing war against terrorism in the sub-region.

“In addition to the summit and the bilateral with the French leader, President Buhari held six meetings including that which he traditionally holds with the Nigerian communities wherever he went.

” He met Total, the largest French investor in Nigeria; the Dassault Systems, a leader in digital communications and software development; and Airbus, makers of airplanes and a prospective-partner in the new national airline starting in 2022.

Airbus is also doing so much with the Nigerian Air Force and other players in the aviation sector. He also met Danaflex, a spare parts manufacturer in France, founded by a proud, inspiring Nigerian from the Southeast.

“On a final note, the trip to France was a highly successful one for Nigeria with concrete promises and agreements.”