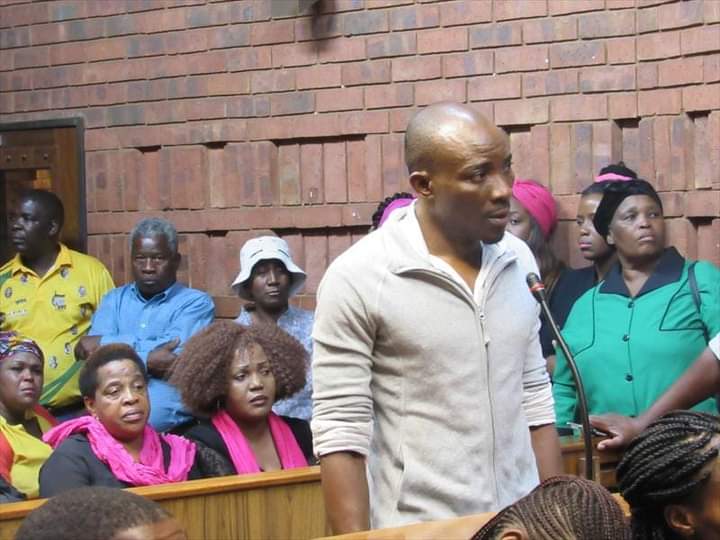 A Nigerian national, Augustine Omini Obono, who kidnapped a 12-year-old girl, fed her drugs and forced her to have sex with up to six men a day over a three-month period has been sentenced to three life imprisonment terms by a South African court in Gauteng.

The National Prosecuting Authority spokesperson Lumka Mahanjana said in September 2016, the girl was at a park in Derdepoort for a picnic with her friends when she met a woman who asked her to accompany her to a flat in Sunnyside, Pretoria, where she would meet a man.

“The woman promised the minor that she would give her taxi money to go to Mamelodi the following morning,” he said.

When they arrived at the flat in Sunnyside, the woman handed the minor over to Obono for purposes of sexual exploitation or for her to be used as a prostitute.

“Obono kept the minor in the flat for three months,” Mahanjana said.

She said over the three-month period, Obono fed the girl drugs and forced her to have sex with between five to six men a day.

“In December 2016, the minor eventually managed to escape and went to her uncle’s place in Mamelodi. When she arrived, she informed her uncle of what had happened. The uncle reported the matter to the police and the minor pointed out the flat where she was kept,” she said.

When the police went into the flat, they found Obono and arrested him and he has been in custody since.

South Africa, like Nigeria, is considered to be on the “Tier 2 Watchlist” for human trafficking. Tier 2 represents countries whose governments do not fully comply with the Trafficking Victims Protection Act (TVPA)’s minimum standards but are making significant efforts to bring themselves into compliance with those standards