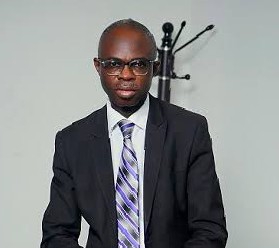 Universal Insurance Plc Policyholders has received applaud from policyholders as the company settled claims of N1.2billion.

Some claimants that have enjoyed the the firm’s prompt claims response, are; NTA-Star TV Network Limited which got N135.6 million and TVC Atlantic Vacation group, which received N105 million as  claims between 2016 and 2020 under the Corporate clients, Akinwekomi Collins Dele received N5.8 million claims even as Pastor Robert Udeagha got settled to the tune of N2.6 million under the Individual Client.

The Chairman, Manny Insurance Brokers Limited, Kayode Okunoren, disclosed that Universal Insurance Plc. has a rich heritage of professional practice in Nigeria, believing that, this heritage is being sustained.

“It is the belief of Management that the desire of Universal to forge collaborative relationship with brokers through the Nigerian Council has f Registered Insurance Brokers(NCRIB) platform will be achieved,” he stressed.

He stated that the insurer has etched its name amongst the most brokers’– friendly companies operating today in the Nigerian market.

The group has about 150, 000 members spread across the country in its register and as such seems the largest professional interest group in Africa..

Speaking on the scheme, Don Pedro Obaseki, Former Chairman, Lagos State Chapter of the AGN expressed his delight for the scheme, saying, for the first time in the history of AGN, the Actors now have insurance protection, noting that it is a wonderful experience and something the group have been looking forward to.

“It’s commendable and forward-looking and this is going to further leapfrog the industry and Actors Guild into another level in the sense that if you have the history of our members, you find out that Nollywood members always have health-related issues. So this will go a long way to trying to checkmate that and also create other health awareness amongst our members”, Obaseki, Founder/CEO, ACC Broadcast Multimedia Ltd said.

Its sterling performances cou­pled with innovative product de­sign and development recently earned the company the ‘Best Innovative Insurance Company of the Year 2019’ at the Champion Newspapers’ award held in Lagos.

Presenting the award to the company, Mr Feyi Smith, a for­mer Managing Director, Champi­on Newspapers Limited, who ex­pressed delight over the choice of the insurance firm for the award category, said that he has been following up with the progress the company has made in recent times positing that the award was a honour well deserved.

Receiving the award on behalf of the company, Ogbuefi Paulinus Offorzor, the Executive Director (Technical), Universal Insurance Plc, said: “I must say that this award has presented to the entire Universal Insurance family, a greater chal­lenge to continue to put smile on the faces of our esteemed cus­tomers and I can assure you that Universal Insurance will become a mega company in the post recapi­talisation insurance industry.”

Speaking on this development, the managing director, Universal Insurance PLC, Mr. Ben Ujoatuonu, noted that the company is presently meeting all its obligations especially, in the area of prompt claims settlement to clients and other stakeholders, adding that the insurer is liquid enough to carry out its civic responsibilities.

“We have a competitive edge in claims settlement through investment in state of the art communication and information technology thereby enhancing our operational efficiency and offer to pay off legitimate claims in a jiffy after the execution of discharge voucher. We have a tractable but reduced claims process circle,” the CEO said.

He noted  that the firm is liquid to underwrite big insurance businesses in insurance sector of the financial industry, saying, the company is eyeing the retail market and will soon unveil some retail insurance products to deepen insurance penetration.

Moreover, he said, the company has also imbibed the culture of training and retraining of its workforce as it believes in the human capital development, motivation and empowerment to drive policies and create values.

Universal Insurance, according to him, has equally deployed its personnel effectively to ensure that good hands are always on deck to drive the company’s growth policy to the optimum, a policy that has repositioned the firm on an enviable pedestal among its competitors in the marketplace, adding that, his insurer is now in a vantage position to provide valuable advisory services on clients’ portfolios