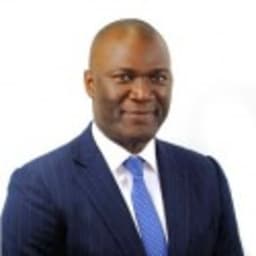 The Director General of the African Risk Capacity Group, Mr. Ibrahima Cheikh Diong said the davastating crisis in Madagascar sounds a stark warning of the need to take urgent action for partnerships in Africa

“Drought may well be the next pandemic after COVID-19 and there’s no vaccine to cure it.” If the words of Mami Mizutori, the UN Secretary General’s Special Representative for Disaster Risk Reduction don’t compel us to take immediate action, Africa will continue to bear the scars of barren wastelands caused by climate change-induced drought.

There are several examples where a collaborative approach is already working well. Diong cites ARC Group’s partnerships with organisations such as the Start Network and World Food Programme (WFP), and funders such as the German Development Bank, UK Foreign, Commonwealth & Development Office and African Development Bank which are working to provide that resilience for African countries.

Southern Africa, East Africa, the Horn of Africa and now Madagascar are just the start.

“Our affiliate, ARC Ltd, which recently received a BBB+ Insurer Financial Strength rating from Fitch, works with governments, NGOs and funders to provide customised parametric insurance. This empowers African governments and NGOs to respond swiftly to natural disasters on the continent, but there’s a lot of work that needs to go into building distribution networks to ensure that we can reach as many people as possible. We need to build a coalition of the private and public sector,” Diong adds.

While governments are key in dealing with resilience to climate change, it’s the ability of the private sector to take action that will make all the difference, he says.

“Partnerships should extend beyond governments. The private sector is an essential partner for leveraging funding and experience demonstrates that private-sector entities are capable of rapidly taking up opportunities when and if these make sense from a business angle.”

Emily Jones, as Climate and Disaster Risk Financing Advisor for WFP, highlights the challenges of convincing authorities to be more proactive than reactive when preventing human suffering and hardship when events like drought occur.

“Unfortunately, no one person or organisation can make the necessary shift alone. Change starts with building resilience and insurance plays a significant role in that, particularly in climate change,” says Jones.

Governments pay a premium every year and receive their agreed-upon pay-out if and when a predicted disaster occurs. “This money can then be used to help those people affected, with the remainder of the pay-out going towards covering other consequences that might not have been expected, such as conflict or a loss of progress in terms of important local development projects,” she says.

“Humanitarians are working on highlighting the need to predict crises and act before they manifest in an effort to avoid human suffering. After all, why wait if you don’t have to?”

Jones speaks about how most authorities in African countries perceive insurance as a gamble when it should rather be seen as a risk management tool. Unfortunately, many simply don’t have the necessary tools available to plan, which is where ARC comes in.

“It’s amazing that ARC Limited is offering this type of insurance. However, insurance is really only cost-effective for catastrophic events that happen infrequently – perhaps once every 10 years – and if the governments that they’re selling the insurance to don’t have other solutions, they’re going to be taking out insurance that’s less than optimal,” Jones explains.

“So, something that WFP, ARC, and the African Development Bank wants to work on in the coming years is a risk-layering approach. This would involve introducing other tools for coping with those medium-scale events so that we can optimise ARC and hopefully offer better products, as well as ensure improved buy-in, a greater understanding of the products’ importance, and a track record of success,” she adds.

Since ARC Limited was established in 2014, the company has paid out $65-million in drought-relief efforts to seven different countries.

“In particular, the collaboration between the African Development Bank and ARC shows how coming together makes a major difference. In 2020, the ARC drought-relief pay-outs to Zimbabwe, Madagascar and Côte d’Ivoire totalled $6-million,” says Diong.

Madagascar received a payment of over $2,1-million, which was allocated to food assistance for 15,000 households, nutritional support to 2,000 children and 1,000 pregnant and breastfeeding women, and water supplies to over 84,000 households.

Reaching the most vulnerable, however, is difficult, adds Malvern Chirume, Chief Underwriting Officer ARC Limited. “One of the big challenges is access to the final customer, bearing in mind that most of our beneficiaries of the programmes are small- to medium-scale farmers and therefore it’s not cost-effective to access them one at a time.”

With climate change, we can expect extreme weather events to hit harder and more frequently in coming years. In a 1.5 degree warmer world, there is no doubt that drought will be a more regular event.

The GAR Special Report on Drought 2021 launched earlier this year is a call to action: we must act now if we are to meet the goals of the Sendai Framework for Disaster Risk Reduction, the 2030 Agenda for Sustainable Development, and create a safer, more resilient, risk-proofed future for all.

“Drought is not something that hits us suddenly, nor something that we can quarantine our way out of. Drought manifests over months, years, sometimes decades, and the results are felt just as long. Drought exhibits and exacerbates the social and economic inequalities that are deep-rooted within our systems and hits the most vulnerable the hardest,” says Chirume.

“While we may not be able to prevent it, we can certainly be prepared to deal with its impact by building resilience and providing swift support to those who are left vulnerable.