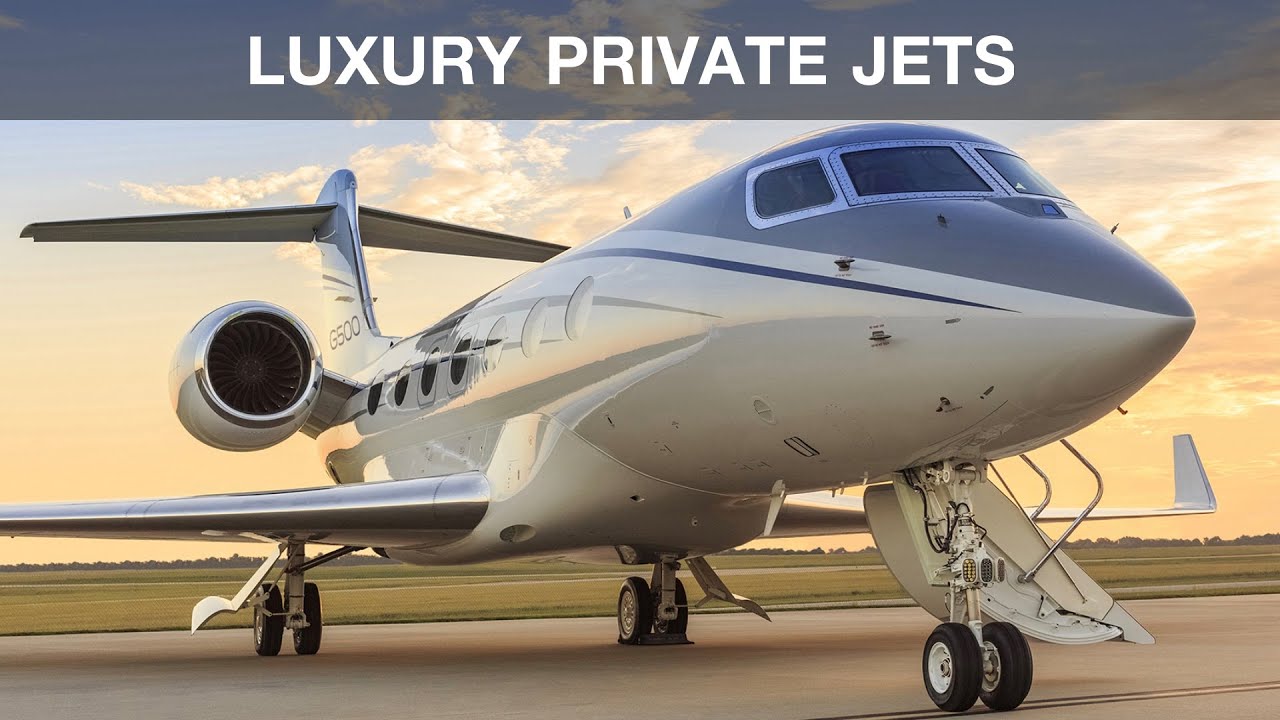 Private jets have seen a wave of first-time buyers over the past year as people with the means to purchase them have grown weary of flight cancellations and severed routes. Very few toy seriously with the idea of owning a widebody aircraft all of their own. However, that is just what the people on this list decided to click buy on. Let’s take a look at the largest private aircraft in the world.

The biggest private jet in the world belongs to Hong Kong real estate tycoon Joseph Lau. It is valued at US$367 million. The longest and second-largest commercial aircraft ever built has a 445 square meter interior and on Lau’s version, its two levels are connected by a spiral staircase. The initial price tag from Boeing was US$153 million. Lau then added modifications for the additional US$214 million.

While the specifics of the interior are kept under wraps, the 747-8 reportedly features a lavish office space, several guest rooms, vaulted ceilings, as well as an onboard gym. An actual workout certainly beats walking up and down the aisle to keep circulation flowing on transpacific long-haul flights to help combat jet lag.

One of the richest people on the planet, the Sultan of Brunei, also gets about in a 747-8 VIP. However, the eight-year-old quadjet with registration V8-BHK officially belongs to the Government of Brunei, and as such, we have chosen not to include it. The aircraft replaced the previous transportation of the Sultan, a 747-400, in 2016.

The world’s second-largest private jet, a Boeing 747-400, belongs to Prince Al Waleed bin Talal. Number 45 on Forbes’ list of the wealthiest people in the world, the Saudi Arabian royal and investor owns chunks of companies across the US, Europe, and the Middle East.

When the Prince bought the plane in 2003 it still had 400 passenger seats. These were torn out to make way for a dining room for 14 people, two luxurious double bedrooms, and, because why not, a golden throne in the middle of the cabin. The jet is reportedly serviced by 11 flight attendants.

The largest private jet in the Russian Federation does not belong to Vladimir Putin, who in his indefinite presidential capacity flies a heavily modified version of an Ilyushin Il-96. It belongs instead to Uzbek-born Alisher Bourkanovich Usmanov.

The oligarch’s Airbus A340-400 is close to 13 years old. Since February this year, it is operated on his behalf by Margaux Aviation after 12 years with Global Jet Luxembourg, previously known as Silver Arrows. Usmanov acquired the four-engined jet in 2012 after selling Facebook shares for US$1.4 billion.

The plane has been named after Usmanov’s father and has ‘Bourkhan’ lettered on the front part of the fuselage. Its owner has reportedly customized the plane to reach a value of US$450 million. The interior features the usual widebody VIP extravaganzas such as a dining area, king-size beds, and luxurious leather seats.

Meanwhile, true to proper Russian oligarch form, Usmanov’s A340 also has a nightclub area. With a range of 7,300 NM (13,400 km), you could party all the way from Moscow to Lima or Los Angeles.

The Chelsea boss and Russian oligarch Roman Abramovich owns a Boeing 767-33AER nicknamed ‘The Bandit’ due to a feature of the livery with black slanted stripes around the cockpit windows. Abramovich picked up the jet, originally intended for Hawaiian Airlines which ended up canceling the order, in 2004.

It has reportedly been fitted with a banquet hall that can accommodate 30 people, a full-service kitchen, and gold-gilded bathrooms. Moreover, it has the same anti-ballistic missile system as the US presidential aircraft Air Force One.

When not used for his private transportation, Abramovich lends it to the Chelsea FC players. He has even been known to fly prospective signees to London for contract negotiations.

Roman Abramovich’s ‘The Bandit’ features the same anti-ballistic system as the Air Force One. Photo: Papas Dos via Wikimedia Commons

Canadian rapper Drake acquired his very own Boeing 767-200ER early in 2019. Well, it is not exactly owned by Drake. Rather, it belongs to Ontario-based Cargojet. The plane is a free-publicity deal for the airfreight company, and why not, if you have a plane or two to spare. Who foots the fuel bill remains a little unclear.

Meanwhile, that is not to say that the aircraft has not been outfitted in style, with plush velvet sofas rather than stiff seats, a fully carpeted floor, gold and wood surfaces, a full-mirror wall, an entertainment room, and three fully-enclosed private suits.

‘Air Drake’ features the logo of the rapper’s clothing line but also that of Canadian airfreight company Cargojet that has sponsored Drake with the plane.

Honorary mention: Prince Al Waleed bin Talal’s Private A380 that never was
When it comes to size, it is hard to beat the Airbus A380. The manufacturer’s double-decker behemoth of a bird may not have sold in many exemplars to private customers, in fact, only one to be precise. Meanwhile, not even the one ended up being used the way it was intended.

The Prince placed the order for the aircraft at the Dubai Air Show in 2007. Sources say it was to be outfitted with a Turkish hammam, a garage for the Prince’s Rolls-Royce, a lift spanning three floors, a private suite, and even a space for concerts.

However, its intended customer never took delivery of the plane. Instead, Prince Al Waleed bin Talal sold it on to an undisclosed buyer who, according to Forbes, officially took delivery in late 2012.