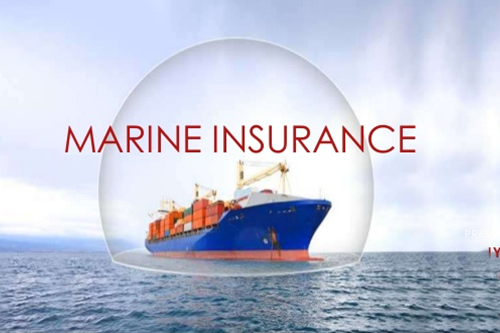 World trade is reliant on shipping, with 90 percent transported by sea. Consequently, shipping companies are dependent on insurance and reinsurance, in particular liability and pollution cover provided by mutual insurers known as protection and indemnity (P&I) clubs.

These clubs are underpinned by a more than 120-year-old pooling agreement overseen by the International Group of P&I clubs, which in turn is supported by one of the world’s largest reinsurance contracts.

The 13 P&I clubs that form the International Group provide essential liability insurance for 90vpercent of the world’s ocean-going tonnage, compensating for accidents and pollution incidents.

Under the International Group structure, each club is liable for the first $10m of claims, while the pooling agreement sees clubs share claims between $10m and $100m. Excess of $30m, each club’s participation in the pool is reinsured by the group’s Bermuda-based captive reinsurance vehicle, Hydra Insurance Company.

Sitting above the $100m of pool coverage, the International Group purchases an annual group general excess-of-loss reinsurance programme that provides up to $2bn of reinsurance cover in a three-layer structure.

A further $1bn of ‘overspill’ reinsurance cover is purchased by the group, taking the total available cover per single loss to $3.1bn. Some 80 global reinsurers participate in the annual International Group reinsurance contract, which protects some 80,000 to 90,000 vessels. These reinsurers spread the risk further through the treaty, retro and capital markets.

But according to Marsh and sister company Guy Carpenter, the reinsurance environment is very challenging and the upcoming renewal will not be easy.

“This is probably one of the most challenging reinsurance markets that any of us on this call have seen for a number of years,” Demian Smith, head of mutual, agency and captive reinsurance solutions at Guy Carpenter, told a Marsh webinar update on the International Group reinsurance contract renewal. “This is a significantly hard market. The market goes in cycles and ultimately we all need to react to what is happening,” he said.

According to Mr Smith, current reinsurance market conditions are “pretty dreadful”. The P&I sector has experienced increased frequency and severity of claims, while the wider reinsurance market is reacting to changes in risk that have eroded profitability, he explained.

The cost of reinsurance is determined by a number of factors, including loss records, marine underwriters’ expectations of future profitability, and the reinsurance industry’s loss record and capacity levels, explained Mr Smith.

“There has been an unusually high number of reported losses within the [International Group] pool recently,” said Mr Smith. “There has also been a surprising number of large [non-pool] losses associated with P&I in the past 12 months and reinsurers will ask if this is a trend or an aberration. If it is an aberration, it will take time to demonstrate, and reinsurers would treat it in a very different vein to a trend of ever-increasing liability exposures, frequency and severity of loss,” he said.

In addition to marine losses, reinsurers are also being affected by increasing exposures, in particular those related to climate change and systemic losses like cyber or the pandemic.

“The [reinsurance] industry has lost money and return on equity is lower than any reasonable investor would expect, so we see the withdrawal of capacity in certain areas and everyone faces the same challenges of climate change, environmental considerations and systemic risks like cyber and pandemic. As a consequence, the cost of reinsurance globally is going up,” Mr Smith said.

Reinsurance rates have increased by double digits for loss-free business in 2021, while price increases have been “significantly larger” for loss-affected contracts, said Mr Smith. “I am afraid everyone is in this together,” he said.

Changing social attitudes to the environment are already impacting the cost of marine claims, including higher costs of wreck removal. Extreme weather might also be contributing to marine claims, such as the rise in container losses. According to the World Shipping Council, between more than 2,675 containers were lost in five incidents during December and January. This is double the annual average in just a two-month period.

“World trade is reliant on shipping. It doesn’t happen without shipping. And shipping is entirely reliant on P&I to trade globally,” said Mr Smith. “P&I clubs are reliant on reinsurance to spread the risk beyond shipowners. This renewal is likely to be challenging for both reinsurers and the International Group as they negotiate,” he said.

It is in the best interests of world trade for P&I clubs and reinsurers to work together and find solutions to changes in the risk landscape, according to Mr Smith.

“This has to be a long-term relationship. The International Group contract is more than just another reinsurance contract transaction. For world trade to continue and for large limits to be provided to shipowners, and for shipowners to service us all as individuals and businesses, reinsurers and P&I clubs need to work together in partnership and find solutions to make sure that – on the most cost-effective basis – reinsurance can continue to be provided to shipowners,” said Mr Smith.

“However, price will have to respond to changing risk factors. Ultimately, any increases in cost will need to come back to all of us as beneficiaries of world trade, which subsequently affects the shipping market, which may then affect the cost of goods. But if that is what we have to pay in terms of increased liability requirement, and an increased focus on responding to changes in the environment and sustainability, then it is what we have to do,” he said.