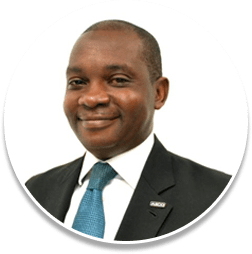 Pension funds in Nigeria have invested about N85.07bn so far in the 3 rounds of Ijarah Sukuk issued by the Federal Government of Nigeria.

The Managing Director, AIICO Pension Managers Limited, Mr. Eguarekhide Longe made this point, while speaking on the State of Affairs on Islamic Finance in Nigeria.

In 2004-2014, introducing the new regulation leads to  pension reform act 2014, he said the investment regulation came up and in 2018 the National Pension Commission introduced a multi-fund structure as the past was single fund structure. In February 2019, the commission announce a fund six on ethical investment principles concept of Islamic finance to pension industry. According to him a lot of contributors prefer their money to be invested in ethical finance.

He highlighted 3 significant areas that the pension funds have embraced to achieve scale which include understanding pension reform; understanding the participation of pension Funds and Knowledge and Capacity Building

According to him, “It has been very useful as a lot of investors want to invest in Islamic Finance. Also, there was an introduction of implementation and framework to ensure that actual investing is done according to Islamic principles.”

Part of the regulation from the CBN is the prescription of a resident shariah advisor on each pension fund administrators or team will assure that things are done in right way. Also, there must be recognition that the fund 6 must-have Islamic shariah-compliant asset as well as conventional assets for a period up to 2025, where it will be shut out completely for the funds to absorb all contributions and make full investments.

He said pension managers believed  investing in projects that are being tied to specific assets, can be monitored, and determine that they meet their objective.

Longe acknowledged the fact that the Islamic finance sector in Nigeria continues to grow with increased interest for market participants, and a growing number of players including  two Islamic banks, four Takaful insurance companies, several microfinance banks and managed funds.

The first Sukuk issued in 2017  which was invested on physical roadshow, was successful and got 105 percent  subscription, the second sukuk got 132 percent subscription and the third Sukuk in 2020 got subscription of almost 470 percent

The webinar was organized by IFN OnAir Forum in partnership with Nigerian Exchange Group.