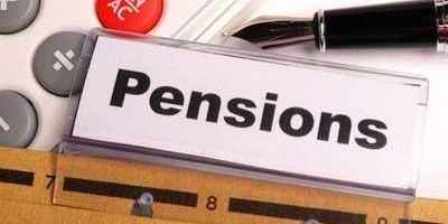 Pension Fund Administrators (PFAs) have registered a total of 2,839 contributors under the Micro Pension Plan (MPP) in the second quarter of 2020, the National Pension Commission (PenCom), has said.

The pension industry regulator stated this in its second quarter 2020 report, adding that MPP subscribers contributed N7,402,305.04 which had been remitted to their Retirement Savings Accounts (RSAs) as pension contributions.

According to PenCom, cumulatively, a total of 51,974 informal sector workers had registered for the MPP and contributed the sum of N42.1 million as at 30 June 2020.
PenCom noted that during the quarter, six participants converted from MPP to the mandatory CPS sequel to their employment in the formal sector, stressing that this brought the total number of MPP participants who had converted to the mandatory CPS to 18 as at 30th June 2020.

PenCom noted that over N32.32 million of micro pension contributions have been invested as at June 2020.

The Commission said it had maintained its effort to enlighten and educate informal sector workers of the enormous advantages of the micro pension plan.

It noted that during the third quarter 2019, it produced the translated Frequently Asked Questions (FAQs) on the MPP into three major Nigerian languages and Pidgin English for easy understanding for the MPP participants.

PenCom said the Pension Reform Act (PRA) 2014 expanded coverage of the Contributory Pension Scheme (CPS) to the self-employed and persons working in organizations with less than three employees, adding that this category of workers constitute the larger segment of working population in the country.

“In order to achieve the Pension Industry’s strategic objective of covering 30 percent of the working population in Nigeria under the CPS by the end of 2024, the Micro Pension Plan is being given impetus as an initiative that would ensure the coverage of this important segment of the Nigerian economy. Sequel to the formal launch of the Micro Pension plan by His Excellency, President Muhammadu Buhari in March, 2019, the registration of contributors has commenced the under the Plan,” it said.

If you’re a parent searching for child essay https://www.affordable-papers.net/ help, it may be best to pick a service that specializes in writing for children.