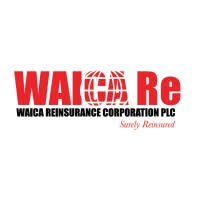 WAICA Reinsurance Corporation Plc has said that it’s Gross Written Premium increased by 21 percent to $70.3 million as at the end of the 2019 financial year from $58.0 million in 2018.

According to the company’s 2019 annual report and financial statement, Group Chairman, Kofi Duffuor said that year 2019 was another year of improved financial performance indicating that they are a much stronger reinsurer today than a year ago.

The financial report stated that net earned premium went up by 11 percent to $58.1 million from $52.6 million.

Meanwhile speaking on the performance of the company, Duffuor said: “Gross Written Premium (GWP) grew from $58 million to $70.3 million representing 21% growth over 2018. Facultative business contributed 75 percent of the 2019 premium income while Treaty business brought in 25 percent. Year on year, facultative business grew by 24 percent whilst that for treaty grew by 13 percent.

“Except for COVID-19, whose impact we cannot currently predict with certainty, we have set the platform for a greater future, established strong financial, technical and operational paths that will spur us on to deliver quality service to business partners and build shareholder value. Significant progress has been made against our group strategic goals.”