The Kano State government has mapped a new way to attract foreign investors into the state through compulsory insurance.

The state government is optimistic that an entrenched insurance culture in Kano state will assure investors of the safety of their investments.

The Secretary to the Kano State Government, Alhaji Usman Alhaji, who represented the state governor Dr. Abudullahi Umar Ganduje said this in Abuja yesterday at a three-day retreat for members of the Technical Committee on implementation of Third Party Liability and other Insurances in Kano State.

Alhaji Usman Alhaji told journalists that the Kano state government is exploring and promoting insurance culture in the state to, among others, encourage Foreign Direct Investment (FDI).

He said, “In the long run, they (investors) will have to be insured as well and that will give them the safety required in case of any eventuality.
The compulsory insurance policy adopted by Kano state government is deliberate because we know that in the long run, we stand to mutually benefit: the insurance companies; the State government and the people of Kano.”

The Kano State Government Secretary added that the compulsory insurance policy was adopted by the state government in its quest “to make Kano a better state, develop economically and move to the next level”.

He said the policy will guarantee “the protection of the people of the state and their businesses, by ensuring they are insured and in the event of any eventuality, they can get relief”. 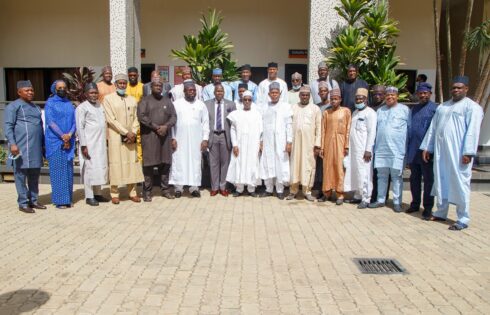 The National Insurance Commission host Kano State Committee on Implementation of Compulsory Insurances in the state to a 3 days retreat in Abuja. The Committee is headed by the Secretary to the Kano State Government Alhaji Usman Alhaji.

The Commissioner for Insurance and Chief Executive Officer of National Insurance Commission (NAICOM) Mr Sunday Thomas, said that the steps taken by the Kano state government on insurance was a testament that insurance could indeed thrive anywhere in Nigeria.

He said that the objective of the retreat was to equip members of the committee with requisite information and knowledge to enable them maximize opportunities that would help grow and develop insurance culture amongst Kano state citizens.

Thomas stated that the Kano state insurance policy would help the state “generate more revenue and serve as social protection mechanism that would assist both government and citizens in the event of any disaster.”