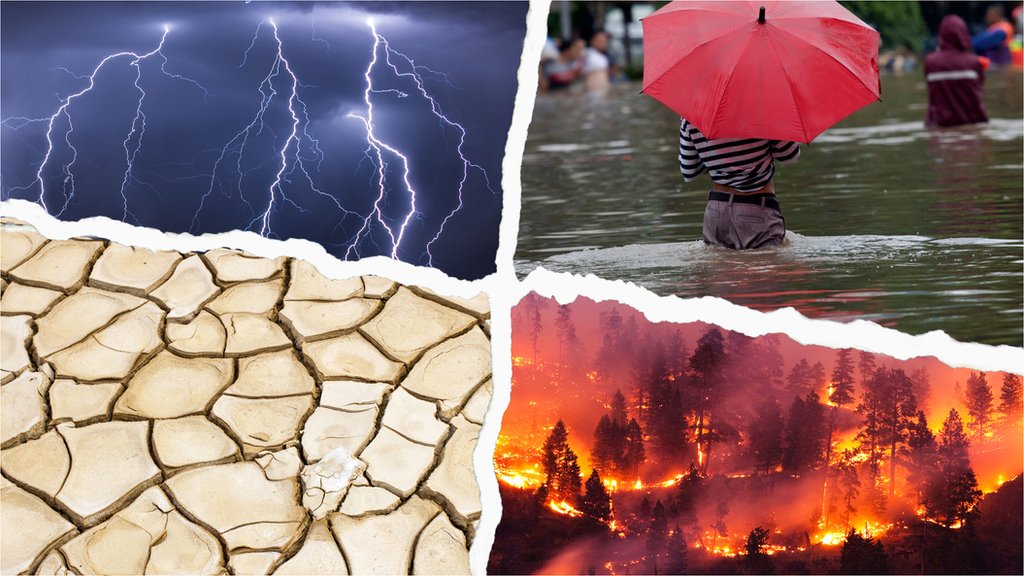 Many countries in Africa are vulnerable to the impacts of extreme weather events because of their limited ability to cope and adapt to those events. According to a report published by the World Meteorological Organisation (WMO).

Weather, climate and water hazards accounted for 50 percent of all disasters, with almost 91 percent of these deaths occurring in developing countries. Four out of the top ten disasters between 1970 and 2019, based on reported deaths, were in Africa. Africa accounted for 15 per of weather-, climate- and water-related disasters, 35% of associated deaths and 1% of economic losses reported globally.

Although the African continent has contributed the least to global warming, in terms of greenhouse gas emissions, several regions are facing the worst effect of climate change.

For instance, earlier this year, an unprecedented famine occurred in Madagascar, the first climate-triggered famine known to our planet, triggered by locusts and severe drought. In Mozambique, over 104,000 people continue to live in resettlement sites and accommodation centres due to the three cyclones (Idai; Kenneth; and Eloise) that have plagued the same area of the country over the past two years.

According to the WMO report, even though the recorded deaths decreased almost threefold during the past 50 years, severe gaps in weather observing networks across Africa highlight the continent’s vulnerabilities.

For Africa to reduce the risk and loss due to extreme weather events, the continent must embrace and invest in technologies that support climate adaptation, which involves accurate and timely weather forecasts to any individual, business, or government. Reducing the physical and financial risks is critical as weather extremes are predicted to occur with both increasing frequency and severity.

Radar sensors are a crucial component for weather forecasting in the short and medium term as they allow the detection of rain and cloud droplets as well as identify the size, shape, orientation, or composition of the droplet. Some radar satellites such as the Tropical Rainfall Measuring Mission (TRMM) and the Global Precipitation Measurement (GPM) launched and operated by public institutions such as NOAA, NASA and EUMETSAT, provide data that are used to power real-time [or near real-time] situational awareness, short-term nowcasts, medium-term forecasts, and climate studies.

However, their revisit rates are only every few days, and they cost hundreds of millions, if not billions of dollars. Further, over 5 billion people worldwide still live outside of radar coverage, and as a result, lack reliable weather forecasts.

To effectively bridge the data gap, terrestrial methods such as radar deployment would not be effective because of the lack of infrastructure required to achieve this, especially in remote regions and vast land areas in Africa, as well as the oceans.

Nevertheless, advancements in the miniaturisation of satellites, along with reduced costs of launching to space mean that a constellation of satellites equipped with radar sensors could play a critical role in improving global weather forecasting. At the forefront of this is Tomorrow.io, a global leader in weather intelligence solutions. Dubbed “Operation Tomorrow Space“, Tomorrow.io is launching a constellation of small satellites (500 kg) equipped with precipitation radars, enabling access to reliable weather information and bringing critical weather radar coverage to the entire world, especially the underserved regions.

According to Kathryn Sullivan, former NOAA Administrator, NASA Astronaut and an advisor to Tomorrow.io,“ A constellation of active precipitation radar satellites will, for the first time, provide radar data, and therefore reliable weather forecasts, to the 5 billion people worldwide who live outside of radar coverage. In particular, this data will enable a dramatic improvement in forecasts of precipitation, flooding and drought, phenomena that are so critical to smallholder farmers and the general population of Africa.”

Leveraging Weather Intelligence for Africa
Ever since Africa’s Agenda 2063 was declared in May 2013, the 50-year development trajectory for Africa has recognised the problem climate change presents to the continent’s development.

According to the FAO, about 54% of the African population is employed in the agricultural sector. Therefore, there is a constant need to stay abreast of the weather in real-time to allow the farmers access to observational data to mitigate climate risks, boost productivity and ultimately build resilience.

TomorrowNow.org is working together with several partners in Africa to develop a climate action system aimed at delivering community-based, localised insights providing millions of farmers with the ability to be better prepared, make crop-saving decisions and directly benefit from desert locust infestations.

In addition, the insurance industry, which suffers from a very low penetration rate in Africa, can also benefit from weather intelligence tools through which proactive alerts can be sent to mitigate risks for insured losses and manage claims post disasters.

As climate change brings about a potential socioeconomic crisis for Africa, especially for the most vulnerable who are forced to adapt to its consequences, a global weather intelligence solution could help turn this crisis into an opportunity enabling inclusive climate action.

Innovations in space technologies that will allow advancements in weather intelligence for Africa are critical in building climate resilience within the continent and provide ample possibilities to prevent losses and improve efficiency for businesses, thus leading to an overall sustainable development for the continent.