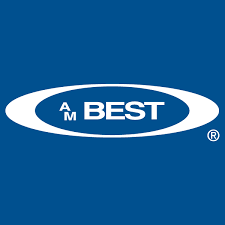 Growing climate risks, social inflation and low interest rates should see reinsurance underwriting discipline hold into 2022, despite excess capital in the industry, according to industry figures participating in an AM Best webinar.

The reinsurance market faces a number of headwinds, including Covid-19 losses, higher incidence of natural catastrophes and social inflation in the US, according to Carlos Wong-Fupuy, senior director at AM Best. These uncertainties are driving underwriting discipline in the market, which is translating to underlying improvements in the results of some insurers and reinsurers, he said.

AM Best has maintained its stable outlook on the global reinsurance sector, as rate increases and improving results are offset by a number of negative factors. Ratings agency Fitch lifted its outlook from stable to improving, while Moody’s revised its sector outlook to stable from negative.

According to AM Best and Guy Carpenter analysis, total dedicated capital for the global reinsurance segment stands at about $520bn. However, only 82% is required to meet AM Best’s strongest ratings requirement, suggesting there is about 10% excess capital in the market.

After several years hovering around $340bn, traditional capital expanded materially in 2019 and 2020 to almost $430bn, as a result of capital-raising initiatives, according to the figures. In contrast, growth in alternative capital, catastrophe bonds and insurance-linked warranties slowed, AM Best said.

New players have entered the reinsurance market, including Vantage, Conduit Re and Inigo, but so far their impact has been limited and underwriting discipline has been maintained, it added. “An abundance of capital has previously put pressure on rates and underwriting, so we will be keeping a close eye on how excess capital is deployed,” said AM Best chief ratings officer Stefan Holzberger.

Juan Andrade, president and chief executive officer of Everest Re, is optimistic that underwriting discipline and a focus on underwriting profitability among peers will continue into 2022, driven by low interest rates, natural catastrophe losses and the pandemic.

“We have seen so far that the industry has been well capitalised. This has not been an issue for us. It is more a cost of capital question than the amount of it out there. New capital has come in but it is not significant enough to move the needle and the reality is that the new plays that have come in have remained disciplined. I do believe in the stability of the market and the rationale of our competitors,” he said during the AM Best reinsurance pre-renewal event.

Hurricane Ida will also put “pressure” on rates at the January renewal, according to Kathleen Reardon, chief executive of Hiscox Re and ILS. Losses from the storm are estimated at between $25bn and $35bn by RMS.

According to Ms Reardon, Hiscox is looking to increase its European reinsurance book, where it is currently “underweight”. Following the recent floods in Germany, Hiscox will “take a look” at Europe at the 1 January renewal, she said.

Mr Andrade said that increased frequency of natural catastrophes – in particular secondary events, such as wildfires, convective storms and US winter storms – has changed the way insurers look at risk. “Climate change is not a theoretical future loss but is happening today,” he said during the panel debate.

Reinsurers and insurers need to look at risk in a more sophisticated way and bring in new models, data and analytics, said Mr Andrade. He predicted an “arms race” in which insurers with the best models and data will be the most successful. Models are “not perfect” and must be supplemented by science data, as well as underwriting “gut instinct”, in order to make informed decisions, Mr Andrade said.

Volatile catastrophe losses have seen insurers and reinsurers look to balance the risks and opportunities from writing property catastrophe business with casualty cover. But this line has suffered losses linked to US social inflation.

AM Best has seen social inflation impacting some insurers’ earnings through reserve strengthening, and in rare cases, their capital position. According to Mr Wong-Fupuy, some insurers and reinsurers see recent price increases in casualty lines as an opportunity, but others continue to regard pricing as inadequate and are exiting certain liability lines of business. According to Ms Reardon, if jury awards in the US continue to increase, insurance costs will rise unless there are mitigations.

Everest Re views casualty business as an opportunity but is conscious of the risks. Mr Andrade said that social inflation “is real” and that “in reality we will have continued pressure from social inflation going forward”.

“We see opportunities in casualty as an important diversifier to property catastrophe but we need to be respectful of casualty and make sure that the loss trend does not exceed rate,” he said.

Hiscox reported double digit rate increases in its London market business in the first half of 2021, although reinsurance rates increased at a slightly slower pace. “We are in a much-improved position going into the renewals,” said Ms Reardon.

Hiscox, which has been hit by pandemic-related commercial insurance claims and disputes, has also seen its Covid-19-related losses stabilise, after booking £475m in 2021. So far, the insurer has recorded £17m in pandemic-related claims, well under its first-half guidance of £40m. Hiscox has also made meaningful cuts to its cyber exposure in response to ransomware claims, Ms Reardon said.