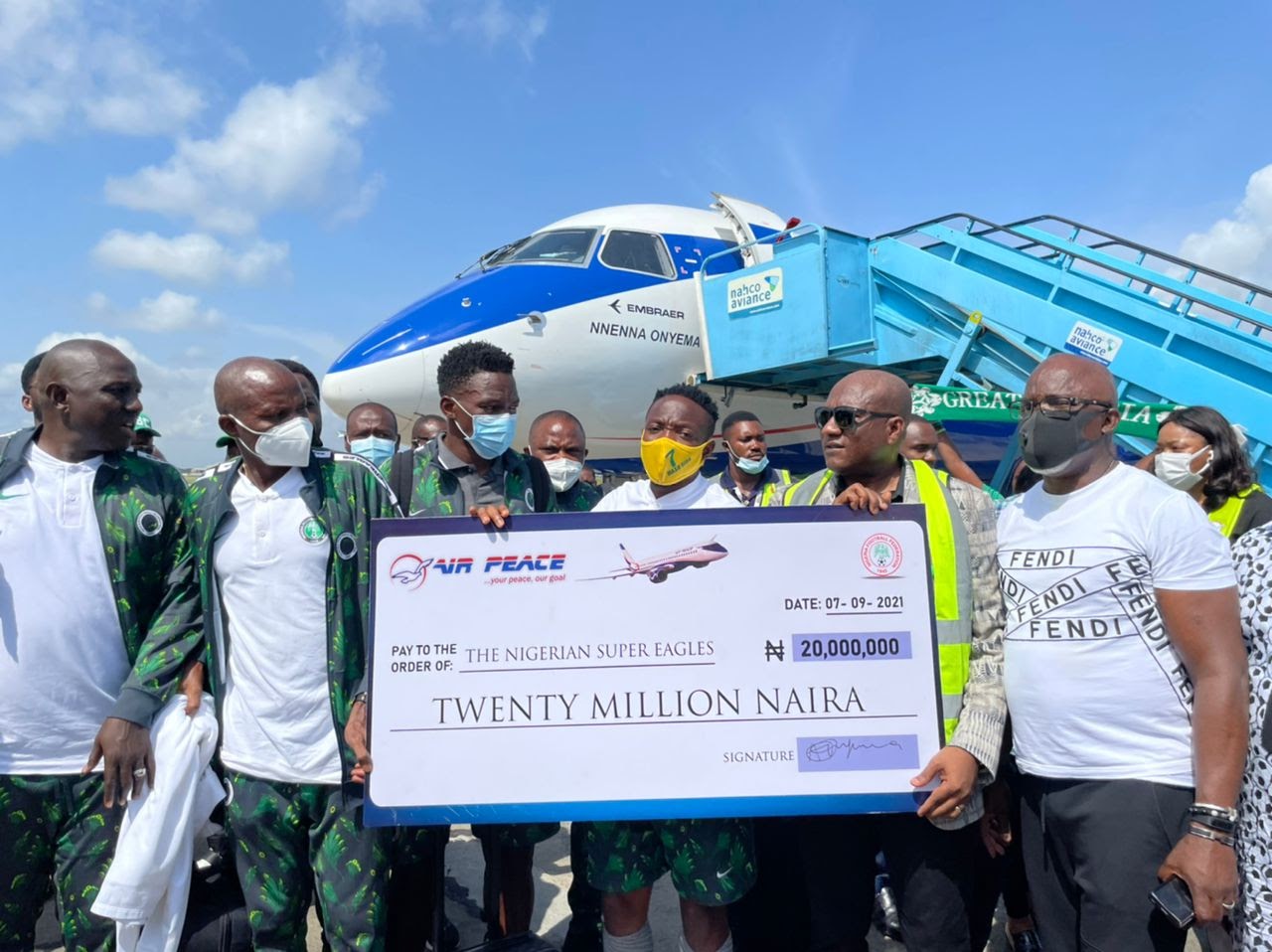 Chairman of Air Peace airline, Barrister Allen Onyema fulfilled his promise to the Super Eagles by giving them the sum of N20 million for winning their match against the Blue Sharks of Cape Verde on Tuesday.

This is just as he charged the Eagles to keep up their winning streak and continue uniting Nigeria with their pitch exploit.

The Eagles, who flew to and from Cape Verde in one of Air Peace’s ultramodern Embraer 195-E2 aircraft, received the cheque upon arrival yesterday at the Murtala Muhammed International Airport, Lagos.

Recalled the Air Peace chairman made a promise to the Eagles on their way to Cape Verde for the match that ended 2-1 in favour of Nigeria.

Onyema while congratulating the players on the second win in their World Cup qualifiers campaign, charged them to also emerge victorious in their subsequent games.

He expressed delight that the Eagles did not disappoint the nation, adding that ‘we believe in your capabilities and have faith in you”.

“I am happy that you fulfilled your promise to the nation, knowing that you carry the aspirations of Nigerians on your young shoulders. When you were one-zero down, everybody was panicking. Everybody was praying. And you responded like lions and won the match”.

“There were celebrations all over the country- North, South, East and West”, he said.

The nationalist implored the team to keep up the winning streak and continue uniting Nigerians with their pitch exploits. He added that Air Peace believes in the team and will continue to support them to take Nigerian football to greater heights.

It can be recalled that Onyema had urged the players before they departed for Cape Verde a couple of days ago, to use their football strides to unite Nigerians, emphasising the unifying power of sports, while also promising them cash rewards.