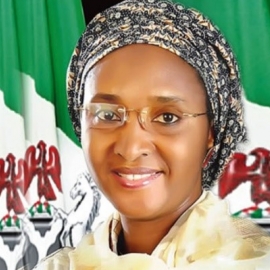 By Favour Nnabugwu
The Federal Government has conclude all plan to recover N5.2 trillion debt owed by some individuals and firms, following the approval of the second phase of the Project Lighthouse.
The project was approved by the VP Yemi Osinbajo-led Federal Executive Council on Wednesday. This was confirmed by the Minister of Finance, Budget and National Planning, Zainab Ahmed, in a television interview after the council met.
The Project Lighthouse is a data engine that collects, integrates and analyzes data from revenue-generating agencies in order to create insightful information for improved decision-making.
It has brought together data from the Federal Inland Revenue Service, FIRS, the Nigeria Customs Service, the Corporate Affairs Commission, as well as data from the Central Bank of Nigeria, in one central point.

Ahmed explained that the contract sum for the project awarded to Charterhouse Consulting was N316.5 million after the first phase was awarded to the company in May 2019.
She said, “It is one major area that we have witnessed remarkable progress in terms of recovery of debt owed to government.
Generally, revenue loopholes have been aided by poor information sharing and enforcement. So, this project Lighthouse shows that many companies and individuals who owe government agencies have refused to honour their obligations yet are still being engaged and transacted with and even being paid on governments payment platforms like the TSA.
The Ministry in 2019, issued a directive to all MDAs to aggregate and send to the ministry a list of all debtors and the outstanding amount they owe to all government agencies. This we have put together in one central point that we call Project Lighthouse.
Since that time, we have been able to aggregate N5.2 trillion worth of debt that are being owed government by third parties.
As at today, we have been able to recover about N49.7 billion of this amount through the effort and working that we have been carrying out with Project Lighthouse and we are still compiling.”
According to her, the ministry was able to get land registry data from three states – the FCT, Kaduna State, as well as from Lagos state – while others would join in the second phase.
She added that the project had enabled the ministry to identify revenues that government could collect using the common platform.
.
Related tags : FG to recover N5.2 trn