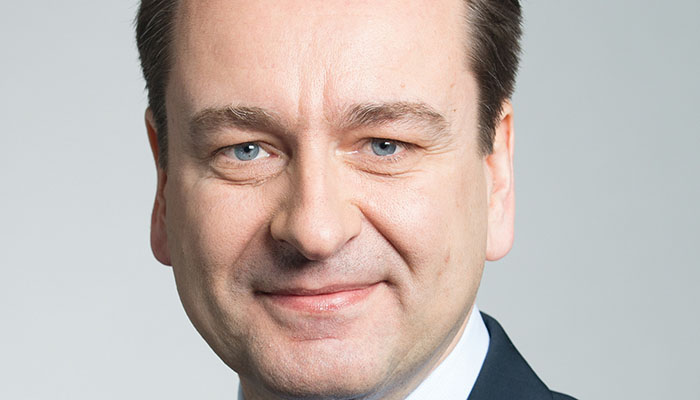 Dr Joachim Wenning, chair of the board of management at Munich Re

Munich Re reported a 55 percent fall in net profit last year to €1.2bn despite 18 percent growth in ERGO’s contribution to €517m, as the group was struck by €3.4bn of Covid-19 losses.

The group’s reinsurance business saw profit drop 69 percent to €694m in 2020, as the bulk of the group’s heavy Covid-19 losses hit the unit, with primary insurer ERGO reporting just €64m of pandemic claims.

CEO Joachim Wenning said “all the pieces are in place” for the group to return to pre-pandemic profit targets of €2.8bn in 2021. He said Munich Re would have met this target last year without Covid-19.

The group said major loss expenditure at 20.8 percent of net earned premiums exceeded the long-term average of 12 percent. Covid-19 losses together with manmade claims totalled €3.78bn in 2020. But nat cat losses of €906m were lower than expected. Hurricane Laura was the costliest catastrophe of the year for Munich Re at €280m.

For full-year 2020, ERGO was close to meeting its pre-pandemic original profit target of €530m after ERGO International saw its profit more than double to €230m from €105m, and its combined ratio improve to 92.7 percent from 94.3bpercent in 2019.

At key renewals in January 2021, Munich Re recorded an 11 percent increase in the volume of business to €11.6bn. Rates were up 2.4 percent across its global portfolio and terms improved, particularly in non-proportional business. Half of Munich Re’s P&C business was renewed in January and the group said it expects further rate hardening in April and July renewals.

Mr Wenning said Munich Re was still able to make a profit and return a dividend to shareholders in 2020, despite the impact of Covid-19. He said the group entered 2021 with confidence.

“Our reinsurance business is ideally positioned to resolutely exploit opportunities for profitable growth in the improved market environment. And ERGO is performing well following the successful conclusion of its strategy programme,” Mr Wenning said.

He added that the group will hold off from the launch of a new share buyback programme. “Our shareholders will benefit more from investments in the attractive business opportunities now emerging,” he said.

Moody’s analyst Christian Badorff said Munich Re performed better than some of its peers and benefited from ERGO as “a good diversifier in 2020”.

“In the recent P&C reinsurance renewals, Munich Re has been able to grow its book by 11 percent also benefiting from price hardening, and we think this will support underlying earnings in 2021. Group Solvency II at 208 percent continues to be strong, but we note a material weakening from the pre-crisis levels of 237 percent at year-end 2019, driven mainly by the growing book of business, low yields and increasing credit risk,” Mr Badorff said.