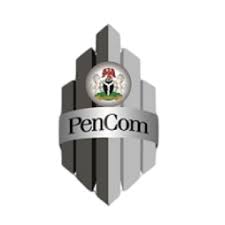 The National Pension Commission (PenCom) has explained the reason why its Director-General, Mrs. Aisha Dahir-Umar, could not go the the National Assembly to attend to the House of Representatives committee on Finance, said she had to attend to some pressing assignments.

The Commission further said the it was not intended to malign the House particularly as PenCom was to defend the Commission’s 2021/2022 Budget and present the 2023-2025 Medium Term Expenditure Framework/Fiscal Strategy Paper (MTEF/FSP).

The Commission noted that the clarification was necessary because at the hearing, the Deputy Chairman, House Committee on Finance, Hon Saidu Abdullahi, frowned at the absence of the Commission’s Director-General, Mrs. Aisha Dahir-Umar.

“It is pertinent to note that the DG’s absence was because she was out of town attending an official engagement. However, the Commissioner of Finance, the Director and Head of Accounts and the Deputy Director and Head of Financial Planning represented her, which is the usual practice whenever the DG is unavailable,” it stated.

PenCom noted that the Director-General takes invitations from the National Assembly seriously and ensures that she attends personally except when the exigencies of her office make it impossible, in which case the relevant Commissioner and Management staff of the Commission represent her.

PenCom submitted that it notes with satisfaction the observation by the House Committee on the quality and comprehensiveness of the reports submitted to it by the Commission.