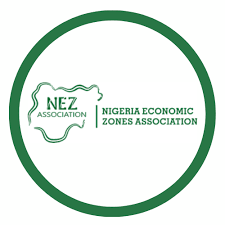 The Executive Secretary, Toyin Elegbede, the association described as utter falsehood and deliberate misinformation, allegations of unregistered companies moving to the free zones to evade paying tax, urging the lawmaker to read the laws regulating the free zones model in the country.

Contrary to the lawmaker’s assertion, companies within the zones operate either as enterprises or service providers and they pay their taxes as the laws provide. Nigeria earns huge amount from indirect taxes accruable from the Free Zones. In fact, Nigeria gains more from Free Zones via Customs Duties and VAT than Corporate Income Tax. It is a fact that at national level VAT and Custom Duties are major revenue items.

In the year 2020 despite COVID19 issue, the Nigerian Customs Service, Apapa Command under which the free zones in Lagos falls, generated N13Bbnplus as Customs duties while N16 bn plus was generated in the year 2021. In fact, the Customs service rake-in over N1 bn every month in the Free Zones in Lagos axis alone. Where the lawmaker got his false data on tax returns is not clear.

The association explained that the concept of special economic zones operates under a regulatory framework duly enacted into law which provides for the regulatory bodies known as Nigerian Export Processing Zones Authority(NEPZA) and Oil and Gas Free Zones Authority (OGFZA) to licence both the free zones and enterprises operating within those free zones.

The association reminded the lawmaker that the enabling laws for both NEPZA and OGFZA provides for a stringent licencing process which at some stages involve ministerial and presidential authorisation.

Wondering why the lawmaker is unwilling to peruse the enabling laws for better understanding, the association said both NEPZA and OGZFA receive annual audited reports from all free zones operators on which they act in cases of any infraction.

What the laws setting up the economic zones and the global free zone model do not allow is the direct interference in the operations of the zones by lawmakers. For instance, Hon. Oke’s committee prefers to invite and insist that the Chief Executives of free zones companies must appear before it in the guise of oversight function.

This is not what obtains in other countries where free zones operate. Regulating operations in the zone belongs to the regulatory bodies. The free zones are specially built to attract investment outside the encumbrances of national establishment. This is what China, Japan, South Korea, Europe and North America deployed to fast track their industrialisation.

We urge Hon Oke to be mindful of how hurtful his campaign of misinformation is to the efforts of the Federal Government to attract foreign direct investment into the country. As at beginning of 2022, over $25 billion dollars investment with more than 100,000 direct and indirect jobs have been attracted through the free zone scheme.

Nigeria cannot afford to scare away investors from the free zones due to extortionist tendencies against investors. The lawmaker may want to note that Nigeria’s neighbours like Ghana, Togo, Benin and Niger are building new free zones to lure investors away from Nigeria.

The association wants to reassure Nigerians that our members across the economic zones are investors desirous of partnering to develop the Nigerian economy, create jobs and ensure backward integration. We abide by the laws regulating the free zones and we urge the lawmaker to refrain from utterances capable of sabotaging the economic well being of the nation.