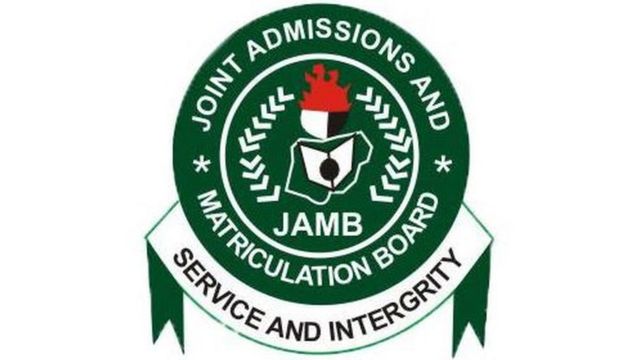 The Joint Administrations and Matriculation Board, JAMB, has released result of the 2022 Unified Tertiary Matriculation Examination, UTME.

The board in a statement, Saturday, directed candidates who sat for the examination to check their results by texting “Send UTMERESULT ( one word) to 55019″ to have their results.”

“To check the 2022 Unified Tertiary Matriculation Examination (UTME) result, all a candidate needs to do is to simply send UTMERESULT to 55019 using the same phone number that he/she had used for registration and the result would be returned as a text message,” the statement read.

It read further:”This is the only process of checking the 2022 UTME results for now as the Board has not uploaded it on its website for obvious reasons.

“The Board, in line with its desire to adhere to the ease of doing business protocol of the government, has emplaced this user-friendly and simplified process of checking UTME results.

“Furthermore, this simplified process would also serve to preclude the unconscionable exploitation of candidates by shylock business centres and cybercafes which often take advantage of hapless candidates.
The 2022 UTME began on Friday, 6th May, 2022 and ended on Friday 13th May, 2022.” 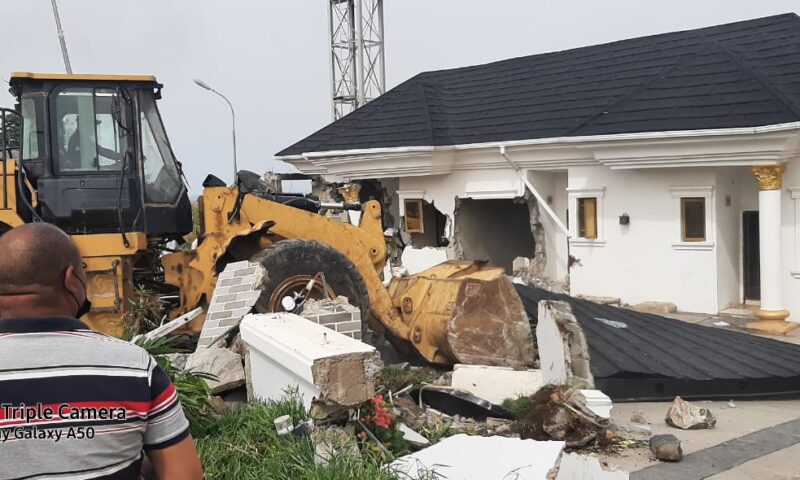 By Favour Nnabugwu
The Federal Housing Authority FHA and the Federal Capital Development Authority FCDA have explained the reason behind demolition of the house belonging to Prince Joseph Kpokpogiri in Guzabe said it was an obstruction to the Abuja-Keffi bypass
The Executive Secretary of the Federal Capital Development Authority, Engr. Shehu Hadi who was in the team that visited the site, said the road alignment had been done long ago and FHA was duly notified.
Hadi noted that the road alignment which the demolished building obstructed, was designed to serve as an important bypass to Abuja-Keffi axis.
He added that any plan to realign the road because of the building would be difficult and not fair judgment to those that it would affect, considering that the demolished building was not in existence earlier when the plan started 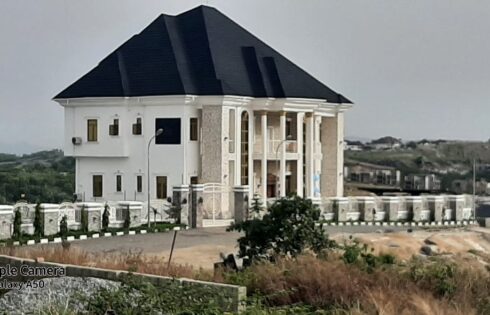 This was the house before demolition
Officials of the FHA led by its Managing Director, Gbenga Ashafa who had visited the site of the building three days ago,  in company of some  top Management team of FCDA admitted that the plot of land originally belonged to FHA,  but denied that proper building plan was approved before the mansion was erected.
FHA affirmed that notices to stop work were served at different stages and time of the work, but Kpokpogiri refused to comply.
Also speaking, the Director, Department of Development Control, Muktar Galadima said the mansion, located in the highbrow District of Guzape, Abuja, was unapproved, and could not be allowed to over ride public interest.
Galadima noted that the Mansion sitting on a rock in the fast developing district, was an obstruction to a major road network connecting the popular Apo bridge to many parts of the city.
According to him, “FHA was duly allocated the Area in the district to carry out its Mass Housing programme.”
He however clarified that when the road network of the district was officially realigned, FHA was promptly notified that some plots of lands within its area had been affected.
Galadima added that FHA was ordered not to allow any further development on the affected plots as replacement plots would be given to them.
He also denied lack of inter-agency collaboration between FCT Administration and FHA, stating that all necessary communications were properly documented.
“There is adequate inter-agency Corporation, the Federal Housing Authority FHA approached the Federal Capital Territory Administration FCTA for allocation and they were given global approval and were asked to make sure that whatever they do aligns with the approval.
“The plot in question was part of what was in the allocation, but because of the importance of the road, we wrote to FHA, notifying it that a number of their plots had been affected by the realignment of the road, and that we were going to give them replacement plots.
“We told them that no development should be allowed on the plots, and this was around 2019. We came for site visit and had given them noticed. We even marked the building for demolition, but the owner cleaned it off”, Galadima said.
Kpokpogiri, the estrange lover of Mollywood Diva, Tonto Dike, claimed that the decision to pull down his mansion worth over N700m was an act of oppression.
He alleged that his house was demolished because he refused to sell it to some “powerful” but unnamed individuals who had begged him to sell the property to them, vowing to fight fervently to get justice.

A 39 year old Nigerian businessman an Igbo by origin identified as Jude Chigbo Ihezie, has been gruesomely murdered by unknown assailants in Hanoi, Vietnam

The businessman, who had lived in Vietnam for over 10 years and was married to a Vietnamese woman, was reportedly beaten and stabbed in the chest in his apartment on May 4, 2022.

Ihezie was a renowned businessman who had resided in Vietnam for over ten years and operated multiple businesses, including the export of various locally made Vietnamese products to Africa, according to reports.

Jude Ihezie was married to a woman from Vietnam and was survived by two children.

The Embassy of the Federal Republic of Nigeria in Vietnam, while confirming Ihezie’s death in a statement, revealed the father-of-two died on his way to the hospital.

“It is with great sadness that the Ambassador of the Federal Republic of Nigeria to VietNam, His Excellency, Mr. Adamu Hassan Mamani, inform you of the gruesome murder of a Nigerian, Mr Jude Chigbo Ihezie of Obowo Village, in Imo State in the morning of Wednesday 4th May, 2022 at an apartment in Ve Linh Village, Phn Linh Commune, Soc Son, Hanoi.

The Nigerian Embassy in Vietnam is mourning, and has confirmed and condemned Ihezie’s gruesome murder.

The Nigerian Ambassador to Vietnam, His Excellency Adamu Hassan Mamani said investigations were on, and every effort would be made to get to the root of the tragic situation.

Announcing Ihezie’s death on behalf of the Embassy of the Federal Republic of Nigeria in Vietnam, Ambassador Mamani said: 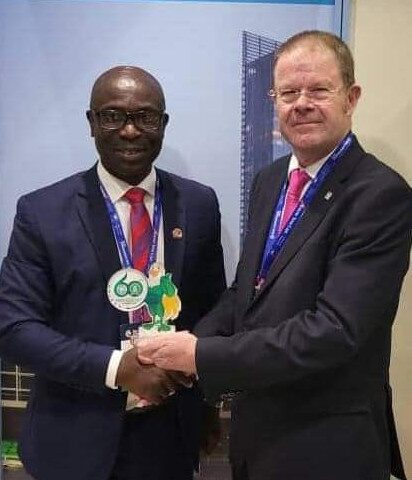 L- Tope Adaramola, Executive Secretary of NCRIB and the Chief Executive Office of BIBA during the ongoing conference in the UK.