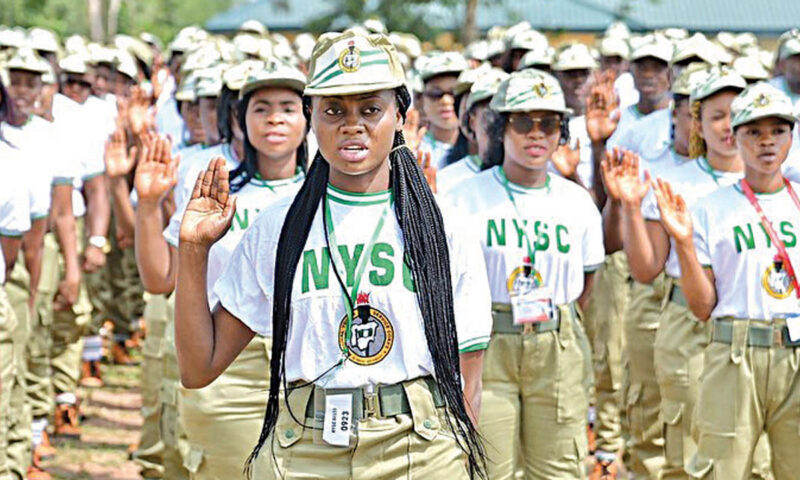 The NYSC Director-General, Major General Shuaibu Ibrahim, gave the fresh warning during the maiden retreat of NYSC Management with Registrars of Corps Producing Institutions in Nigeria on Tuesday in Abuja.

He noted that the retreat was convened to seek ways of eliminating flaws in the NYSC Mobilisation process, adding that the Scheme is now determined more than ever before to plug all the loopholes.

Ibrahim said, “Gaps have already been identified with a number of resolutions reached on how to eradicate recurrent challenges, but implementation has remained elusive.

“There are 2,955 active Corps Producing Institutions on the NYSC data base, out of which only 320 are home-based.

“In schools where Registrars have abdicated their roles to subordinate officers, we have seen various forms of abuses and shortfalls. This has given rise to occasional mobilisation of unqualified persons, many of whom have been detected by NYSC field officers.”

In the same vein, the registrar, Joint Admissions and Matriculation Board (JAMB), Prof. Ishaq Oloyede, urged the NYSC to rely only the matriculation lists provided by Central Admission Processing Systems (CAPS) for the mobilisation of Corps Members.

He lamented the situation where some universities in the country running “top-up” degree programme, which usually runs for a period of one or two academic years or two semesters depending without the knowledge of the National Universities Commission (NUC) and other regulatory bodies.

He charged the registrars to help the board in ensuring that illegal admissions and other irregularities are eliminated in the Universities, saying that no body can be admitted in the university with the knowledge of registrars

He said, “All these are aimed at stopping the illegal mobilisation. I want to urge you to please stop this. I therefore, call on NYSC to rely on matriculation lists provided by CAPS for mobilisation.

“Institutions should also confess their sins and say these are the illegally admitted students. We found out that about 25 percentage of these illegally admitted are part-time and sandwich students that have been impeded in the candidates that are for regular programmes.” 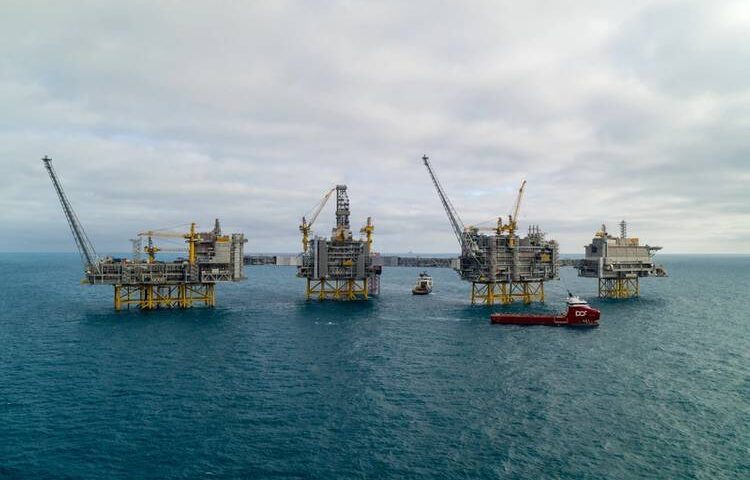 The global offshore energy and shipping sectors are under a greater than expected threat from climate change as extreme weather becomes more commonplace.

This is among the findings of a new report from specialty re/insurer, Chaucer. It says that assets such as oil platforms and wind turbine installations are on course for a material change in risk exposure from worsening extreme weather conditions, including changes in storm patterns.

Chaucer cautions that some offshore facilities may not be designed to sufficiently withstand such environmental challenges and are calling for industry and the insurance sector to better understand the evolving risks. Wind energy faces a particularly acute threat as the offshore sector continues its rapid growth. Manufacturers are advised by the group to evolve their designs to withstand the potential for greater frequency and severity of catastrophic weather events.

The shipping industry, meanwhile, is facing more threats from climate change than previously anticipated, including more severe storms, sea level rises and coastal erosion, with damage to lower-lying ports like Rotterdam and those in South East Asia a particular concern, as well as the increased risk of grounding due to coastal erosion. Ocean salinity changes are also anticipated to make ships gradually less stable as the issue progresses.

New shipping routes may develop as a result of these changes, according to the report.The Northwest Passage above North America could become a viable commercial route, for instance. Canada and the Great Lakes could see greater use as routes into North America, while the cruise industry could also expand its footprint across the poles.

James Brown, head of Natural Resources at Chaucer, commented: “The whole insurance industry needs to start working with their customers to adapt to climate change and to support increased resilience of their infrastructure, facilities and supply chains. Insurers have the opportunity to drive tangible change with marine and energy customers, brokers, regulators and governments.

“Collective action is imperative to ensure we manage these risks, mitigate against future impacts and create new solutions for emerging opportunities in a rapidly changing market.” 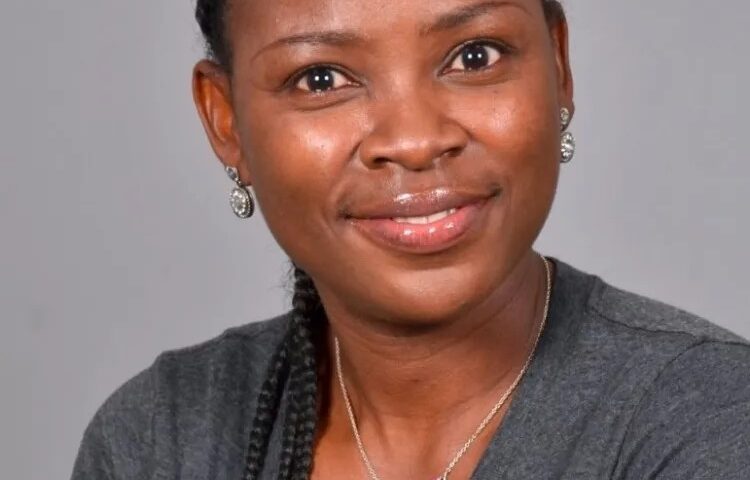 A Nigerian Mathematician and an Urhobo woman from Delta State, Professor Oghenetega Ighedo, broke a 148 year-old record to become the first black woman graduate with a PhD in Pure Mathematics at the University of South Africa (UNISA).

It is the first time such achievement would be attained in South Africa’s foremost university since it was established 148 years ago.

The renowned scholar attributes her success to her mother who was also once a Mathematics teacher. Ighedo said she was inspired by her mother who has since retired.

“I was inspired by my mother – a retired maths teacher. I saw the way she was going about teaching it and when I grew older, I thought the way she did maths was interesting and I wanted to see if I could do it like her.”

She further encouraged young women not to be deterred by challenges on their path to academic excellence. She narrated her ordeals while studying for her PHD as a married woman with two children. However, Ighedo, said on top of this she was expecting her third child during this period.

“In spite of being a mother and a wife, I was able to complete my PhD within three years,”Ighedo said. 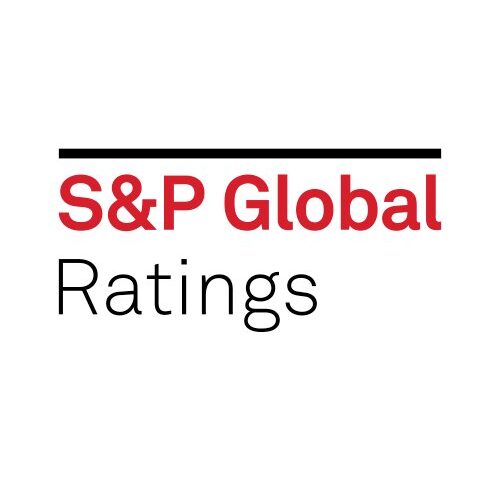 S&P Global Ratings has decided to withdraw a number of its controversial proposals for new criteria regarding the rating of insurance and reinsurance companies, after receiving negative feedback from the industry.

The rating agency has confirmed that it will withdraw its proposed approach for determining the rating inputs of bonds and loans, reinsurance counterparties, and deposits with credit institutions.

The decision follows a period of engagement with the market to evaluate its response to the new criteria, which was twice extended due to the high volume of comments and feedback that S&P received.

Many market participants felt the new rules proposed by S&P to be punitive and overly onerous, as they included capital charges for some investments and penalties for different types of reinsurance counterparty risk.

The Association of Bermuda Insurers and Reinsurers (ABIR) said last month that it was “strongly opposing” the new criteria, which it characterised as “disruptive” and an “overuse of market power.”
S&P says it will now consider alternatives for the withdrawn elements of the proposed criteria to assess the potential credit risk associated with these types of exposures.

“After we have had sufficient time to consider the high number of comments received, we intend to issue a subsequent RFC,” the rating agency said, referring to its request for comment. “This would incorporate any proposed alternative for the withdrawn elements, along with any other changes to what we originally proposed.”

“After this subsequent RFC is completed, we will finalize the criteria article in its entirety, consistent with our criteria development process,” it continued. “At present, we expect to finalize the criteria no sooner than the fourth quarter of this year, but we will provide updates to market participants if our expectations change. The current criteria remain in effect until such time as any new criteria are issued and made effective.”

S&P recently came under fire from the US Department of Justice, after its antitrust team penned a letter to the rating agency warning that it should “carefully consider” how proposed changes to the way it assesses the creditworthiness of bonds owned by insurance companies could harm competition.

The changes proposed by S&P would place more weight on the bonds within a firm’s and rank bonds rated exclusively by its competitors as less credit-worthy, the DOJ noted.

A report by Litmus Analysis from late last year estimated that up to 10% of insurers and reinsurers rated by S&P were likely to be affected by the proposed changes to the rating agency’s capital model, and warned that “winners and losers are inevitable” if the changes were to be enacted. 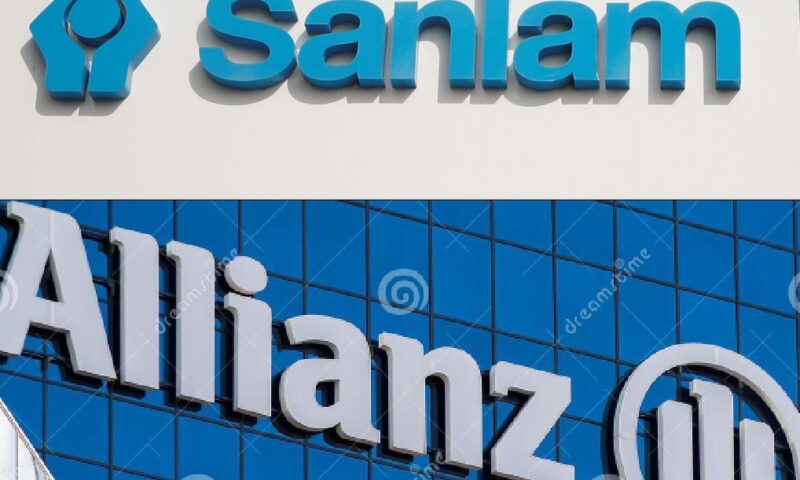 Allianz has announced a joint venture with African financial services firm Sanlam.
Allianz which are both to operate 29 countries across the globe

The joint venture will house the business units of both Sanlam and Allianz in 29 African countries where one or both companies have a presence.

According to the two firms, the joint venture will create the largest financial services company on the African continent.

Namibia will be included at a later stage and South Africa is excluded from the agreement. The entity is expected to have a combined total group equity value (GEV) in excess of 33 billion South African rand (approximately 2 billion euros).

Paul Hanratty, CEO of Sanlam Group, said: “In line with Sanlam’s stated ambition to be a leading Pan-African financial services group, the proposed joint venture will enable us to take a significant step towards realising that ambition. It will also strengthen our leadership position in multiple key markets that are core to our Africa strategy, building quality and scale where it matters. We are delighted to have Allianz as partners and believe their expertise and financial strength will add tremendous value to our businesses.”

The chairmanship of the joint venture partnership will rotate every two years between Sanlam and Allianz. The CEO of the entity will be named in due course.

The agreement is subject to certain conditions precedent, including but not limited to the receipt of required approvals from competition authorities, financial/insurance regulatory authorities and any customary conditions that Sanlam and/or Allianz would be required to fulfil for each jurisdiction