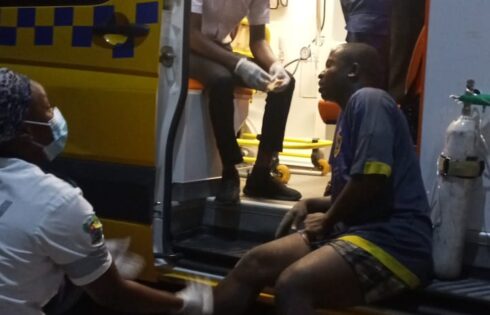 No fewer than eight persons have recovered dead while 23 persons have been rescued from the debris of a three-storey building that collapsed around 9.40pm on Sunday night at 32 Ibadan Street, Ebute Meta area of Lagos

According to a female resident, names are withheld, and the numbers of occupants trapped in the building are yet to be known.
Immediately the building collapsed, we began to call the emergency toll free lines 767 and 112 but they were not picking up their calls.”

It was gathered that it took the intervention of the past Managing Director, Adesina Tiamiyu who was contacted to get through to officials of Lagos State Emergency Management Agency (LASEMA) before men and equipment were mobilised to the scene for the incident.

Confirming the incident, Dr Olufemi Damilola Oke-Osanyintolu, PS LASEMA said on arrival at the incident scene, an old three-storey building comprising rooms and a parlour was discovered to have collapsed.”

“Further information gathered revealed that the incident occurred at about 10.56 pm with an undetermined number of people trapped.”

As search and rescue are still ongoing
22 males, one female were rescued alive out of the victims rescued two sustained severe injuries and have been taken to LASUTH for further treatment, while five males and three females were recovered dead.” 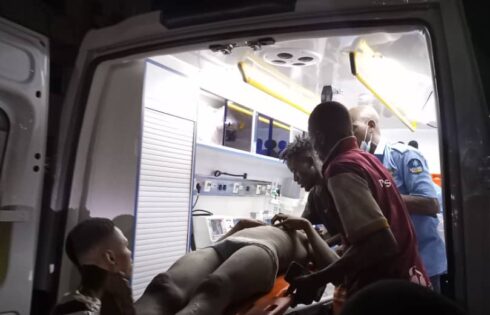 Rescued victim at the collapsed building

Spread the loveOguchi Unachukwu (middle) was a beloved member of the Nigerian community in Hamburg,…