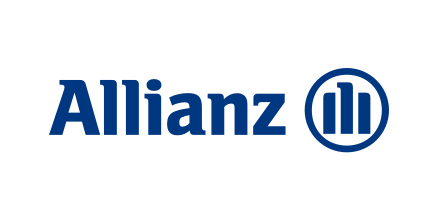 Saved from the crisis: Global financial assets increased by 9.7 percent in 2020, reaching the magic EUR 200 trillion mark for the first time.

Vaccinated: 2021 should turn out to be another good year for savers, with overall growth in financial assets globally of around 7percent

Long Covid: The crisis is likely to entrench wealth inequality, between as well as within countries

Today, Allianz unveiled the twelfth edition of its “Global Wealth Report”, which puts the asset and debt situation of households in almost 60 countries under the microscope.

Saved from the crisis

2020 was the year of extreme contrasts. Covid-19 destroyed millions of lives and livelihoods and the world economy plunged into its deepest recession since World War II. At the same time, monetary and fiscal policy mobilized unimagined sums to support the economy, markets and people. With success: Incomes were stabilized and stock markets recovered quickly. With this tailwind, households’ wealth weathered the Covid-19 crisis: Global gross financial assets increased by 9.7 percent in 2020, reaching the magic EUR 200 trillion mark for the first time.

Savings were the main driver: As lockdowns drastically reduced consumption opportunities, the global phenomenon of “forced savings” was born. Fresh savings jumped by 78 percent to EUR 5.2 trillion in 2020, an absolute record. Inflows into bank deposits – the default option of forced savings, simply leaving unspent income in the bank account – almost tripled (+187percent). Bank deposits accounted for half or more of fresh savings in all markets considered. As a result, for the first time, bank deposits worldwide grew at a double-digit rate of 11.9%; the previous peak growth was 8% in the financial crisis year 2008. While the asset class securities – buoyed by the strong stock markets – grew by 10.9%, insurance and pension fund assets showed much weaker development, rising by 6.3%.

Despite a subdued start, despite continued bottlenecks in world trade, and despite new virus variants forcing new restrictions, global GDP will grow strongly in 2021, powered by the vaccination campaign which allows economies to reopen and (partially) return to normality. Moreover, loose monetary policies and generous fiscal support remain in place. The upshot for savers around the world? Bar any major stock market corrections, 2021 should turn out to be another good year for them, with overall growth in financial assets globally of around 7%.

“The head numbers are very impressive”, said Ludovic Subran, chief economist of Allianz, which provides corporate and specialty, trade credit and travel insurance through Allianz Global Corporate & Specialty (AGCS), Euler Hermes and Allianz Travel in South Africa respectively. “But we should dig a little deeper. Most households did not really save but simply put their money aside. All this idle money on bank accounts is a wasted opportunity. Instead, households should invest in their retirement and the green transition, enabling societies to master the paramount challenges we face, climate and demographic change. My fear is that if households start eventually to dishoard, money will end up in revenge consumption and will only fuel inflation. We urgently need a new ‘savings culture’.”

In 2020, financial assets in emerging markets (+13.9%) grew again faster than in advanced markets (+10.4%), returning to familiar patterns of growth after three years. As a result, the prosperity gap between rich and poor countries has also narrowed somewhat. The trend reversal that we diagnosed last year – the renewed drifting apart of the poorer and richer countries – thus appears to have been halted for the time being. However, it is (much) too early to sound the all-clear. While many developing countries performed surprisingly well in the first year of the pandemic, there are indications that the long-term consequences and challenges – from insufficient vaccination and reconfigured supply chains to the digital and green transformation – could primarily affect the poorer countries.

The same can be said with regard to national wealth distribution. While the national middle class has shrunk in recent years as their share of total national wealth has declined in many countries, for 2020 at least, the immense social transfers seem to have successfully counteracted a further drifting apart of the wealth classes. But this happy affair may not last when state support expires and the direct effects of the crisis – the loss of millions of jobs – will once again be felt. Moreover, the crisis led to a significant impairment in school education. Covid-19 is thus likely to further entrench social immobility. The gradual disappearance of the middle class has only temporarily stopped.

“The pandemic is a much bigger challenge for poorer countries”, commented Patricia Pelayo Romero, co-author of the report. “Very likely, Covid-19 will continue to hold back economic development in this group of countries for much longer than in the advanced markets. But the real challenge comes afterwards: These countries will find themselves in a post-pandemic world that will make it increasingly difficult for them to play out their comparative advantages in a proven way, given the lasting changes in technologies, politics, and life styles. The gradual closing of the global prosperity gap – the defining development over the last decades – can no longer taken for granted.”

The gross financial assets of South African households rose by 5.0% in 2020. The main driver were bank deposits which rose by 11.3%, the fastest increase in six years. Insurance and pension fund assets, on the other hand, which are by far the most popular asset class in South Africa, accounting for more than half of all financial assets, grew by only 2.3%, one of the shallowest increase in recent years; in fact, since the Great Financial Crisis, only 2018 saw even weaker growth, with a decline of 3.4%. Securities showed a solid performance, increasing by 6.1%, on par with 2019.

Growth in liabilities slowed to 4.3%, against an average increase of almost 6% in the previous three years. As economic output contracted in 2020, the debt ratio (liabilities in % of GDP) jumped to 48%, a level well above other emerging regions such as Latin America (32%) or Eastern Europe (26%) – but well below Asia (excluding Japan) where the average debt ratio stands at 61%. Net financial assets, finally, increased by 5.2%. With net financial assets per capita of 6,400 euros, South Africa remained 39th place in the ranking of the richest countries (financial assets per capita, see table for the top 20).

With that, South Africa ranks ahead of Russia (42) and Brazil (43), but well below China (34). As many European countries such as Italy, France, Belgium, or Great Britain dropped quite dramatically in the ranking since 2000, the top 10 look differently today than in 2000: it has become more of a Scandinavian-Asian affair – but with the USA and Switzerland still reigning supreme.